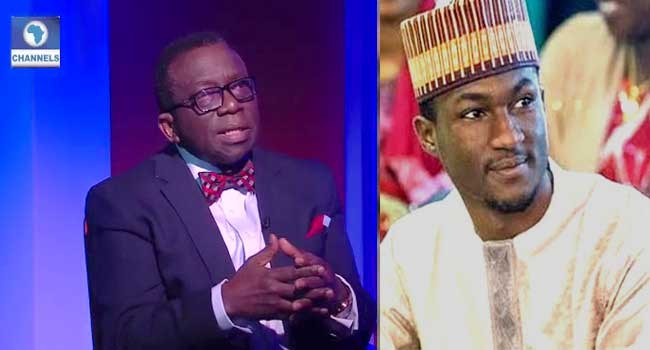 Minister of Health, Isaac Adewole, has denied claims that president Buhari’s son, Yusuf, had a brain surgery in Gemarny. Recall that Yusuf was involved in a ghastly motorbike accident on December 26th last year, leaving him with head injury and a broken limb.

He was taken to an Abuja based hospital where a surgery was conducted on him and afterwards he was flown abroad. Many Nigerians believed his trip to Germany was to undergo a brain surgery. The minister of health however says that is not true.

”The President asked his son to be treated in Nigeria. Even when people were clamouring that his son should be flown abroad, he said no. He just went to Germany for rehabilitation. He had his surgery in Nigeria. I am telling you that the son was treated in Nigeria. Take that from me as the Honourable Minister,” he told Channels TV