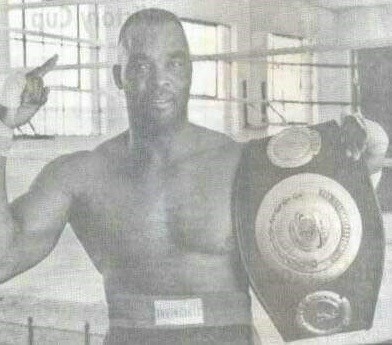 Another Nigerian citizen Mr Francis Ochuba from Ngodo Umunneochi Local Government area in Abia State, was brutally gunned down alongside his female companion in Johannesburg.

This is coming hours after HalifsBlog reported about the killing of Chidi Ibebuike, a native of Uturu Okigwe, Abia State who was shot dead by yet to be identified gunmen on Sunday, 13th of May, 2018. His car was subsequently snatched by the assailants.

It is with a heavy heart and a resounding outcry for justice once again that we announce the killing of 2 Nigerians from Abia state in a space of 8 days.

Mr Francis Ochuba who hails from Ngodo Umunneochi Local Government area in Abia State was callously gunned down on the 5th of May, 2018 alongside his estate agent who is a female South African as they visited the tenant occupying his property for collection of rent in the central of Johannesburg.

Mr Chidi Ibebuike who is a native of Uturu Okigwe , Abia State was also shot dead at the entrance of his place of abode in Hazyview Mpumalanga on Sunday the 13th of May, 2018. His car was subsequently snatched by yet to be identified gunmen. The Chairman of Nigerian union in the Province Mr Amadi in company of other compatriots have reported the incidence to Hazyview police station and investigation is underway.

Before the recent untimely demise of the two Nigerians mentioned above, the last known incident of a Nigerian National killed was that of Mr Ebuka Clement who was set ablaze in Rustenburg, Northwest South Africa on the 21st of April, 2018.

It is important to note that a violent group in Rustenburg have given Nigerians in the Northwest province a quit or be killed notice. Since January, when the threat was proclaimed, there has been numerous cases of Nigerians kidnapped and a ransom remitted to abductors before they are liberated. Mr Desmond who is a native of Niger Delta whose loved ones couldn’t afford to pay the ransom requested by his abductors was inhumanely killed. Further more there has been reports of 8 cars belonging to Nigerians burnt. Ransacking of houses occupied by Nigerians. Molestation leading to injuries. Looting of Nigerian owned businesses with impunity at every opportunity they get and there are numerous other threats to life that are being directed towards Nigerians on a daily basis throughout the Republic that calls for utmost concern.

The aforementioned prompted 14 Nigerians to protest lack of protection from the South African police. In a sane community, one would expect a positive reaction from the police whose prior onus is protection of lives and properties and in this case hope that they would alleviate or completely abolish the menace. Instead the protesters were arrested and have been in detention since the 21st of January , 2018 while the Policemen who terminated the life of a 27 year old Nigerian Citizen Mr Ebuka Okori in January, 2018 in Durban Kwazulu Natal South Africa untimely have been released on bail. As at the time of writing this report, Nigerians in the aforesaid vicinity still live in fear of the aforesaid.

The incessant and extra judicial killing of Nigerians in South Africa is however a stark contrast to the general goodwill,protection,conducive environment and halcyon days South Africans and their businesses enjoy in Nigeria. There have been no record of looting of South African businesses in Nigeria. While South African companies transfer billions of dollars in profit made from doing business in Nigeria  back home to happy families with appropriate protection from our force , Nigerians are sending body bags of murdered bread winners back home to dejected families. Lots of Nigerian businesses have been looted with most affected victims not being able to recover from the trauma and bankruptcy the incidents have caused. There have also been cases of South African police joining looters and watching our compatriots get killed when they are supposed to protect all defenseless human beings no matter their Nationality.

The death toll of Nigerians known to have been killed in South Africa since December 2016 till date now amounts to 118 with very few prosecution and no convictions of the offenders. Nigerian lives matters to the Union hence we will keep creating awareness of the injustice we encounter in South Africa. We can’t continue to watch as our people get killed without empathy. People get emotionally attached to animals who are pets and sometimes mourn perpetually after their demise. People even get emotionally attached to material things, houses,cars,phones and feel devastated when they lose them not to talk of a human life. Most of the men killed are bread winners to their families here in South Africa and Nigeria . The untold anguish,hardship,pain and disorientation they suffer is unimaginable and it calls for deeper reflections.

Our Government officials who are supposed to pressurize their South African counterparts on the predicament of killings, harassment and looting of Nigerian businesses claimed it is as a result of the illegalities our compatriots are involved in. It’s unfortunate that such stance is taken to probably cover the helplessness? Or is it the alarming ineptitude of our representatives? The question that comes to mind is , what correlation does collection of rent from One’s property and being a furniture designer has with crime? South Africa is not the only country with Nigerian immigrants but why so much killings in South Africa? The Nigerian Union of South Africa does not condone crime in any form but we ask that whoever is a suspect is charged and dealt with legitimately.

Our advise to the Nigerian government  representatives in South Africa is to channel their energy towards eradicating the major complexities Nigerians face in South Africa which is untimely termination of lives , harassment and business looting, instead of causing disunity and hostility amongst our compatriots.

According to the great icon Desmond Tutu_
If you are neutral in situations of injustice, you have chosen the side of the oppressor. If an elephant has it’s foot on the tail of a mouse and you say that you are neutral, the mouse will not appreciate your neutrality.

So the seeming silence of Nigerian government representatives on the incessant killings can be adjudged to be a silent connivance with the oppressors.

This xenophobic attacks on Nigerians residing in South Africa has gotten out of hand. This is one killing too many and it’s very heartbreaking considering the contribution of Nigeria as a country in extirpating apartheid only for our citizens to be the recipient of similar treatment.

We duly implore all South Africans,young and old to see us as brothers. To curtail the few that’s giving the whole country a bad image.To see beyond xenophobic prejudices that threatens even the so called economic coexistence we share.

Let’s put a lot of value on human lives at all times and let the necessary authorities act where and when it applies.

According to Nelson Mandela_Our daily deeds as ordinary South Africans must produce an actual South African reality that will reinforce humanity’s belief in justice, strengthen its confidence in the nobility of the human soul, and sustain all our hopes for a glorious life for all.

Desmond Tutu_In South Africa, we could not have achieved our freedom and just peace without the help of people around the world(most notably Nigeria), who through the use of non-violent means, such as boycotts and divestment, encouraged their governments and other corporate actors to reverse decades-long support for the Apartheid regime.

We call on reputable organizations worldwide with value for lives to please come to our aid since our outcry to our government representatives here in South Africa for protection is met with talks of the imperative of business relationship between both countries at  the expense of human lives.

The United Nations General Assembly resolution 51/81 of 12 December 1996 declares that racial discrimination, xenophobia are amongst the most serious violations of human rights in the contemporary world and must be combated by all available means. It also calls upon all States to enact and enforce legislation to prevent and sanction acts of racism and racial discrimination. So we are appealing to the South African government to adhere to this global recommendations in securing the lives of Nigerians and all foreigners within its borders now while it’s still a feasible course of action that will safeguard the brotherliness between both countries.