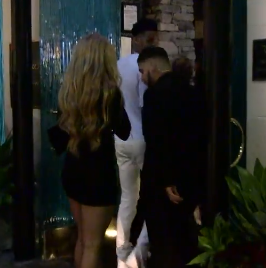 A highbrow restaurant in Beverly Hills refused to grant American basketball player Dejounte Murray and his girlfriend entrance because of what she was wearing.

21-year-old  Dejounte Murray and his girlfriend, Jilly Anais, got stopped at the door at Mastro’s Steakhouse in Beverly Hills this weekend because his girlfriend’s racy outfit violated the restaurant’s dress code.

Mastro’s rejects guests that don’t dress in a “classy” fashion. They once turned away Pittsburgh Steelers WR JuJu Smith-Schuster because he was wearing sweatpants. 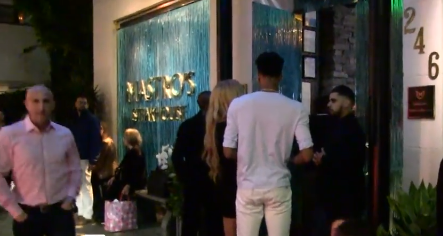 Dejounte was told at the door by a door staff that Jilly’s figure-hugging short dress was too revealing, so they couldn’t go in. He tried to persuade the door staff to let them in all to no avail. Dejounte later went in alone and spoke with a manager who then made an exception and allowed Jilly inside.

The embarrassing moment was caught on video.