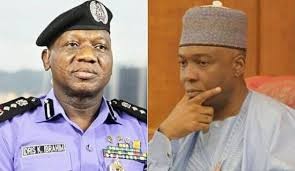 The faceoff between the Inspector General of Police, Ibrahim Idris, and the senate has taken a new dimension with the senate president today accusing the police boss of planning to implicate him.

Recall that the senate and Idris have been at loggerheads following the latter’s refusal to honor the former’s invitation to answer questions on Dino Melaye’s arrest and the killings happenig in different parts of the country.

Saraki during plenary this morning, told his collegues that his state governor, Abdulfatah Ahmed of Kwara state, gave him the information about the IG’s plan.

He said the IGP has ordered that some suspected cultists arrested in Illorin should be taken to Abuja where their statements will be altered to implicate him and the state government.

“Last night, my state governor, revealed to me an information at his disposal that a group of suspects who have been arrested in our state for cultism, whose investigation has been completed and were about to be under prosecution under the state law on the advise of the ministry of justice, all of a sudden were ordered to be transferred to Abuja this morning. The information reaching him from the commissioner of police that they have been directed by IGP to bring them to Abuja. With the information that he has, they would find how to alter their statement already made in Ilorin and try and implicate the state government and particularly myself. I feel that as we speak now, these suspects are already here in Abuja.

“These acts I don’t know whether to call it desperation or intimidation, all actions to undermine our democracy, a recipe for anarchy because we are doing our work by asking officials to obey the law, due process and subject themselves to constituted authority. I think it is important to call your attention to this dangerous development. The impunity happeneing in this country is a danger to our democracy.” he said

Watch video of Saraki speaking below 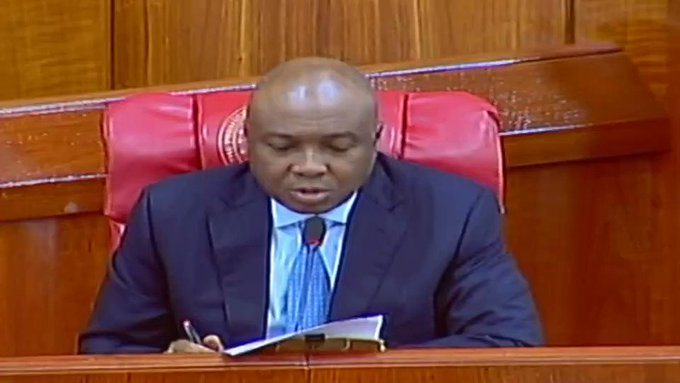