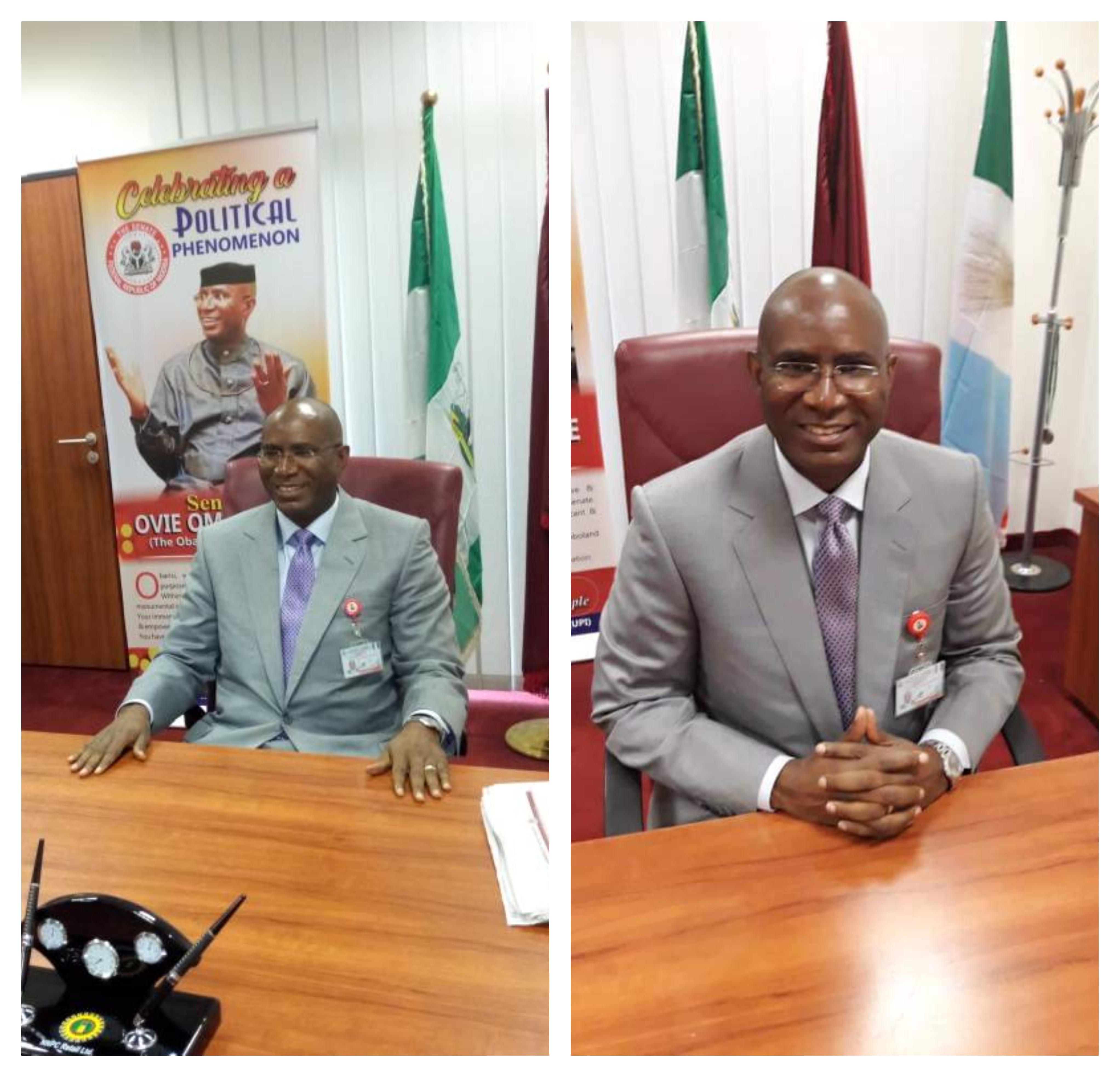 Senator Ovie Omo-Agege who represents Delta Central Senatorial District, resumed at the Senate chamber  today May 16th.  His resumption was ordered by a judgement of the federal high court which nullified his lengthy suspension from the Senate.

The upper chamber had suspended Omo-Agege after he took the senate to court for amending the electoral act that altered the dates of the 2019 general election.