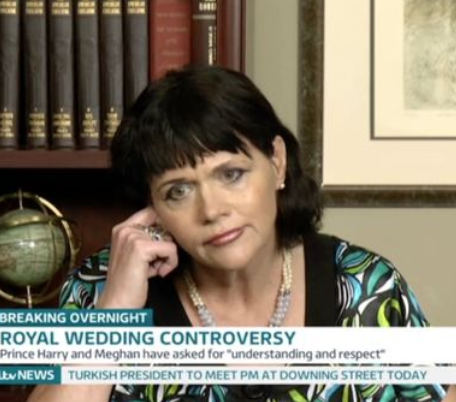 TV personality Piers Morgan has viciously lashed out at Samantha Markle for constantly attacking her half-sister Meghan Markle in public.

While hosting Good Morning Britain, Piers, in a furious tirade, slammed Samantha for being a “media vulture”. His anger stemmed from Samantha’s attempt to blame the media for her father’s current predicament.

Samantha Markle appeared on Good Morning Britain today via videolink and when hosts Piers Morgan and Susanna Reid asked how her father was, she attempted to blame the media for his ill health. 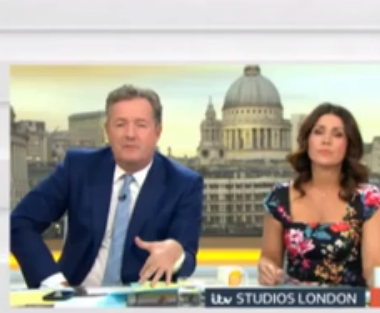 Samantha claimed responsibility for her father’s staged paparazzi shots but insisted that it was not “money motivated”. She claimed that her dad had wanted to improve his media image.

She said: “I spoke to him early in the morning yesterday and he was quite depressed over a series of events involving the media.”

At this, Piers got angry and branded her hypocritical.

He angrily pointed out: “You have said a number of shabby things about Meghan.”

“I have said lovely things about her but I was honest about the situation,” she responded.

But Piers went on to question how much money she had made after Meghan’s engagement was announced. Samantha insisted that she had not made “much” and that she would do one interview and publications would “twist and embellish” what she had said. She claimed that she had done “five or six” interviews and hit out at “media vultures”.

Piers became furious at that and said: “There’s no bigger media vulture than you… you’ve been trashing her for years you little vulture.”

Samantha tried to defend herself but Piers brought up her tell-all book titled Princess pushy and said to her, “It’s pretty rich from you to blame the media for being vultures.”