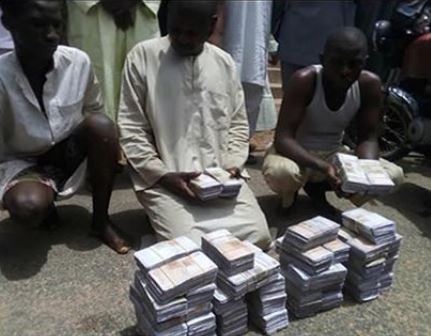 The Gombe State Command of the Nigerian Police Force has discovered fake notes totalling the sum of N22 million during a ‘stop and search’ operation around Billiri local government area of the state.

While reacting to the allegation against them, one of the suspects, Sani Ibrahim, confessed that he became a dealer of fake naira notes to meet his basic needs due to the economic condition of the country.

He said, “It is not my wish to produce fake Naira notes. It was one Alhaji who brought me into this line of illegal business last year when the economy became tough for me and I approached him for assistance”.

He further confessed that “We operate in Gombe and Nasarawa states because that is where we have people who trade in our fake currency”.