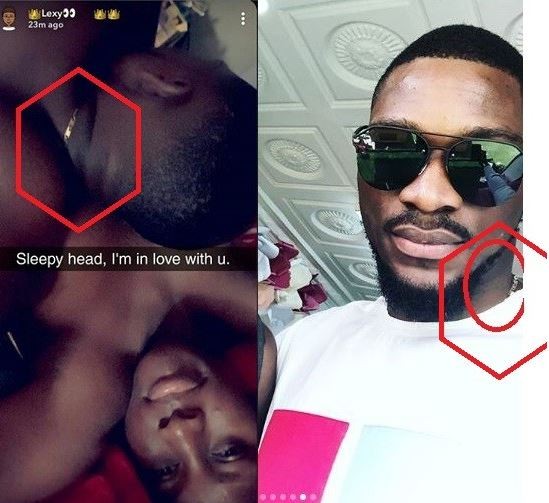 Alex of the just concluded Big Brother Naija ‘Double Wahala’ fame is in the news again following the release of an after sex photo with a mystery man believed to be fellow housemate, ‘Tobi’.

According to Alex, ‘I do not have a picture like this first of all and my Snapchat account has been hacked I really do not understand what people will gain by making this kind of picture. What every fight you guys are putting up hasn’t gotten to this extent.’ 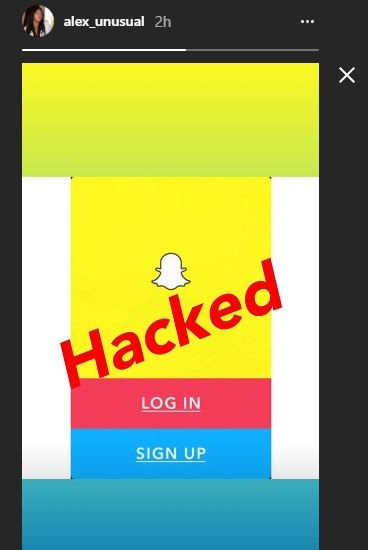 She also shared a photo of her Snapchat account claiming it was hacked but Nigerians aren’t buying it.

See all the rections to the photo below…

Alex is actually very very dumb. Tf is she lying such a daft lie for? Somebody that leaked it herself. Oponu

I believe it was doctored

Why are yall so pressed about Alex

Its just a fucking picture.

#BBNaija whosoever knows Alex should tell her not to reply or talk about this pix anymore. If it’s Photoshop or hacked account, let it slide. When banky mistakenly uploaded a pix where adesua was naked, they said nothing abt it to their haters. Alex and tobi should remain calm

Dear team Alex y’all shouldn’t worry yourselves, your baby girl is fine, I spoke to her and she’s totally alright, she said Tobi isn’t worried as well..D devil has totally failed!! #BBNaija

I honestly understand Alex, no one should bash my nsukka good sis, Tobi can’t be dipping every night and she’ll be seen as a friend in public.. Go Alex Go sweetie… Arise women!!! #BBNaija pic.twitter.com/VhPyKwJrHz

This is Tobi laying peacefully on her bress now ?????? pic.twitter.com/IDTRybgCsU

whether Alex and Tobi are having sex or not is it part of your dam business… For Christ sake leave them alone… A lot of foolish things went on in the hse…. Live TV a lot of sex happened… Criticise that one… Tobi will never and ever stoop low and go back to cc #bbnaija

Are People that Blind..?

Clearly the pic was Photoshop!

2. With the alleged leaked pic, the imposter hair cut is FADED.

3. ALEX has a long neck line not the one leaked.#Tobi #Alex #bbnaija pic.twitter.com/N4paNDQ3x9

Team Tobi, Team Alex, Team Tolex, you guys aren’t going anywhere, we stay here and defend her… She was hacked and that’s Photoshop… We can’t leave her, before she does something to herself… #BBNaija Tobi and Alex

#bbnaija alex wasn’t hacked, d pic wasn’t from camera roll and Snapchat sends verification via sms or calls and not mails if u log in on different fone. Alex obviously can’t cope with fame, she’s posting pix and on snapchat every minute…

The same Alex who made a live Video of Miracle and Ahneeka? We all know she’s not used to free Wifi. Girl wants to post EVERYTHING Online!

4 a picture to be Photoshoped there MUST be an original! Are ur brains leaking? Imagine the ignorance. Miss me with that Bullshit! #BBNaija

Alex just shared this on her snap, the question now is, is that Tobi or some other guy?#BBNaijapic.twitter.com/0cbIRmvrNN

#BBNaija
We already know the source of this hatred towards Alex.

It won’t even stop the much love people have for Alex.

Y’all should better die of your hatred.

This is Tobi and his necklace @Alex_Unusual you are desperado. A big fool and a liar. Who posts thier nudes social media for the world!!! Ashawo…tueh! #BBNaija pic.twitter.com/vrv9esTckk

Tbh i don’t know if Alex was hacked or if the picture was photoshopped but i know that the reason why most of you are sharing the picture is to “embarrass” or “shame” her and that’s wrong.
Those of you that loose values over a show are simply low and pathetic.#BBNaija