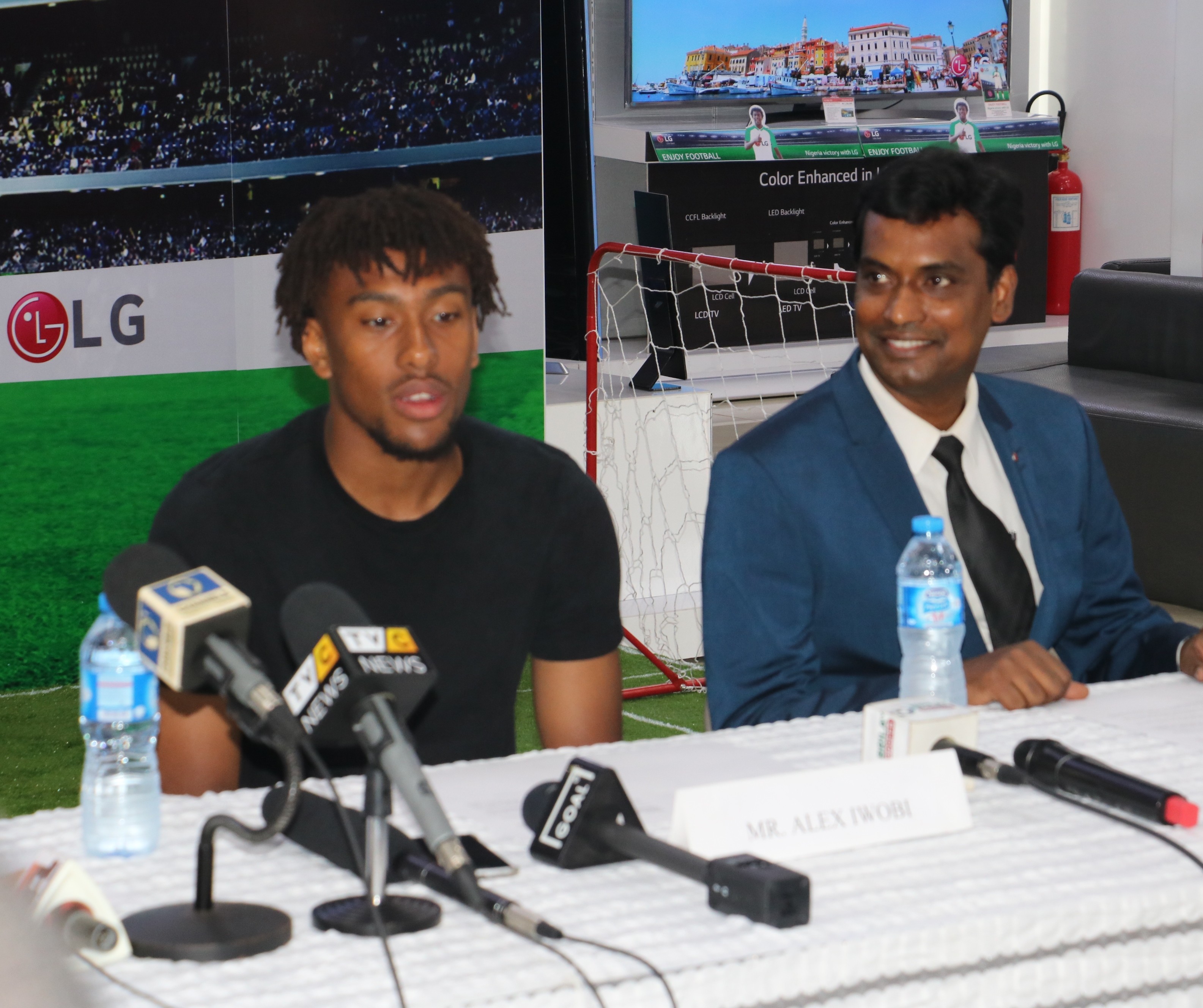 At an elaborate ceremony in LG showroom Lekki Lagos, LG Electronics officially signed on Nigerian International Football player, Alex Iwobi as its official brand ambassador. It was witnessed by officials of LG Electronics, Fouani Nig. Limited, members of the press and general publics

As a promising football star for both club and country, Alex Iwobi has endeared himself to fans both at home and abroad due to his sterling performances. It is on record, he played a crucial role in ensuring that the Super Eagles of Nigeria qualified for the forthcoming World Cup tournament. He is skillful and full of youthful energy, an inspiration to millions of youth who one day long to play football; he indeed represents the future of football; a quality that made him the preferred choice as a brand ambassador for LG Electronics. LG on the other hand, represents the future of innovative technology. Without a doubt, he would positively influence the brand within and outside of Nigeria. 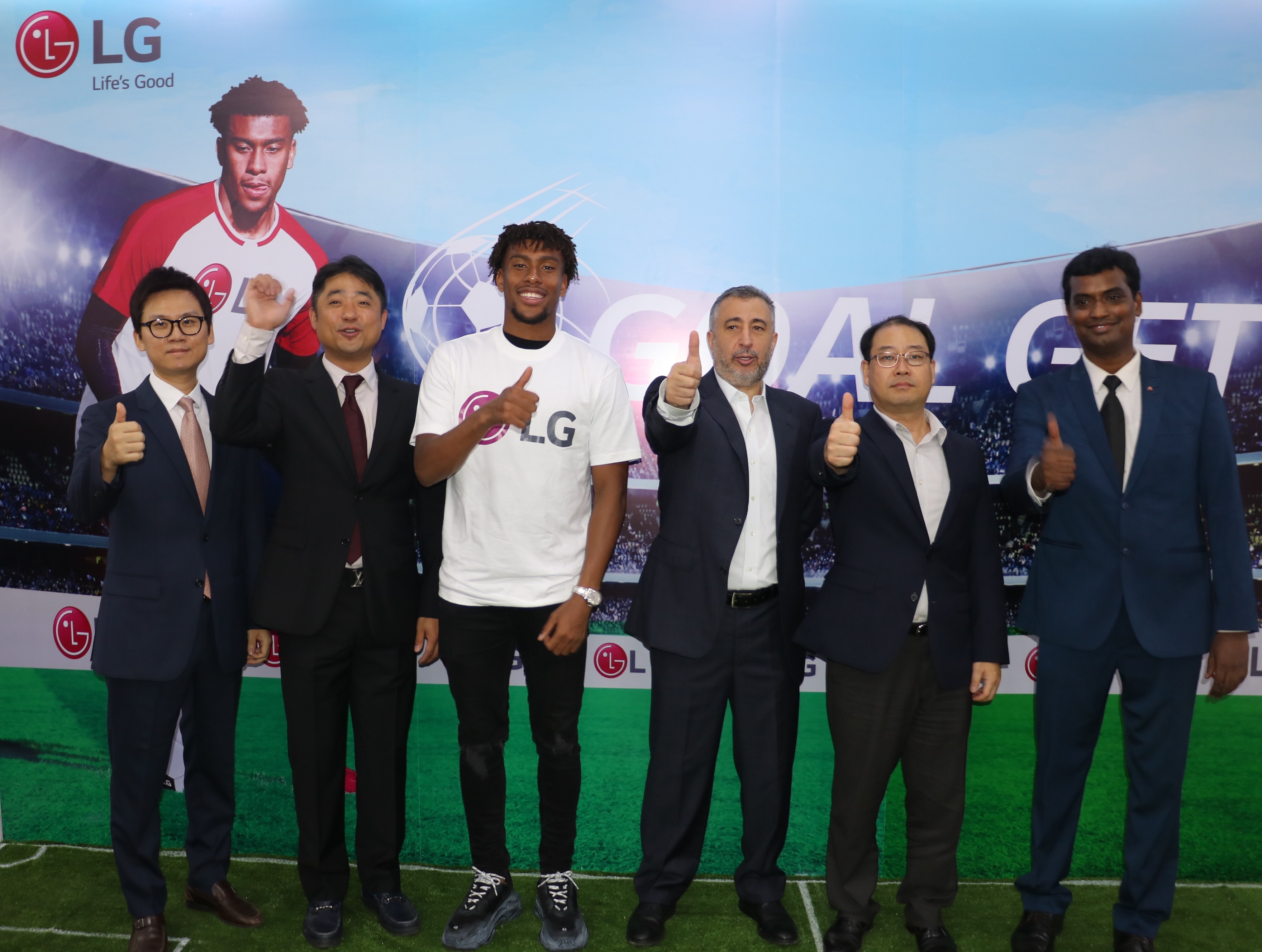 Speaking at the unveiling, Managing Director, LG Electronics West Africa Operations, Mr. Taeick Son said: “the choice of Alex Iwobi went through a thorough process and in the end we zeroed in on him, going by his antecedent in the field of play and most importantly how he is generally perceived as a player around the globe, we have no doubt whatsoever that he is the right face to represent the brand, and at the end he would do us all proud. On that note Alex, I say welcome onboard.”

Responding Alex Iwobi said: “For me this is a rear privilege and honour to be the brand Ambassador of a renowned electronics giant as LG Electronics, I must say I am indeed happy and I will continue to do my best in the field of play which obviously was what attracted the brand to me in the first place and secondly, as an ambassador of the brand I will continue to perform in ways that connect with the performance of the brand in millions of homes.” 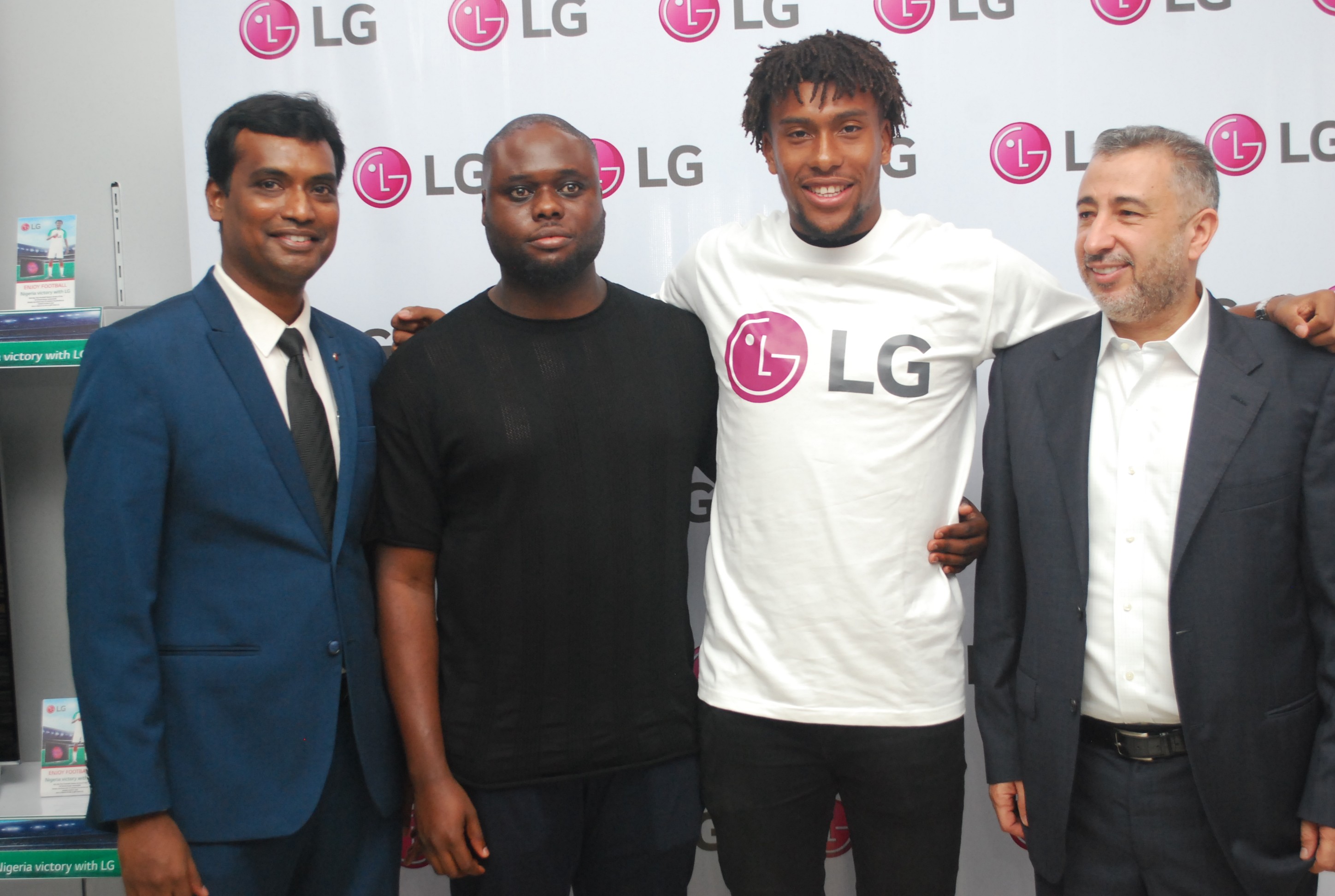 Speaking in the same vein, Managing Director Fouani Nigeria limited, Mr. Mohammed Fouani, was full of praise for the player. He said “I am particularly happy this deal has been sealed today which for us brings in a unique opportunity for both Alex Iwobi as our ambassador and LG Electronics as the brand, this collaboration would obviously pay off in the long run.”

This clearly demonstrates LG Electronics loves the game of football, identifying with a player such as Alex Iwobi who by all standards has distinguished himself in his chosen career as a professional footballer. It is believed Alex Iwobi, who is young and full of energy would serve as an inspiration to younger and upcoming footballers in the country who are also part of LG esteemed consumers.