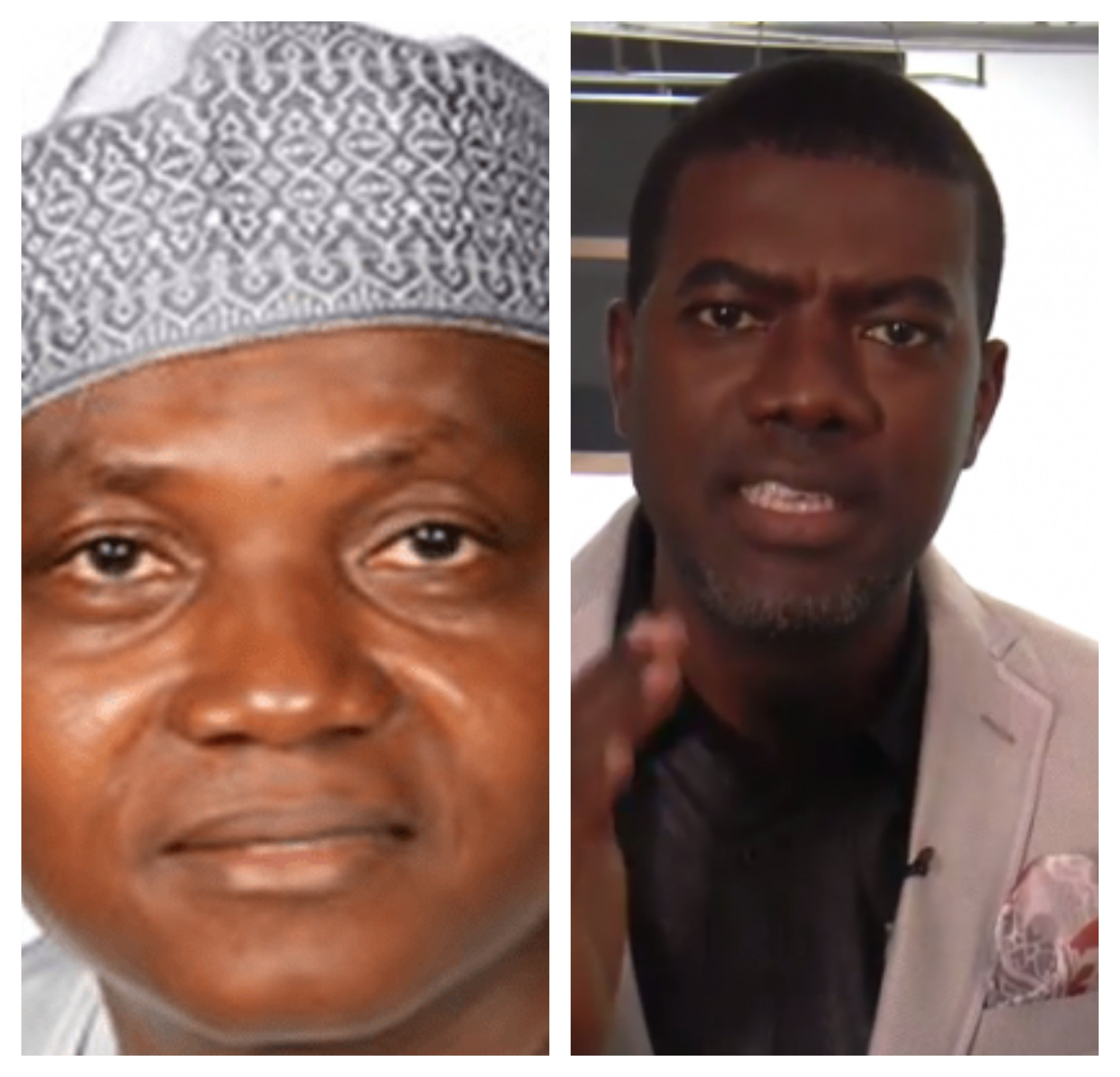 Former media aide to former president Goodluck Jonathan, Reno Omokri, has reacted to the article Senior Special Assistant to President Buhari, Garba Shehu, released last night in which he warned Nigerians against voting President Buhari out of office in  2019.

Garba in his article, said the greatest benefactors of PDP’s return to power will be the looters of the treasury when the party was in power for 16 years. Garba said the greatest beneficiary will be former first lady, Patience Jonathan. According to Garba, once PDP returns to power, all the assets seized form the former first lady will be returned.

In a statement he released via his Facebook page, Reno said Garba Shehu should not link the former first lady to the monumental failure of the Buhari-led administration. Reno added that Garba should stop speaking trash even though his name, Garba, rhymes with Garbage. Read his statement below

Again, I am forced to respond to the childishness of the Nigerian Presidency under Muhammadu Buhari when his spokesman, Malam Garba Shehu took aim at former First Lady, Dame Patience Jonathan, making her collateral damage to explain away his boss’ colossal loss of popularity as the 2019 elections approach.

I would like to inform Garba Shehu that Dame Patience Jonathan is not responsible for the abysmal failure of the Buhari administration, neither is she a member of the Peoples Democratic Party.

Would President Buhari like it if former President Jonathan rehashes the corruption allegations made against First Lady Aisha Buhari, by Senator Isah Misau?

Would the Presidency consider it fair game to highlight the fact that Yusuf Buhari, who does not have a job and has not served in the National Youth Service Corp as mandated by law, was in possession of a multimillion BMW power bike even though his father told the nation that he had to borrow to pay for his APC Presidential nomination form? How did he get the funds for such an expensive possession?

In terms of corruption, Transparency International, the only global body recognized as an arbiter on corruption, has said that the Muhammadu Buhari administration is more corrupt than the Jonathan government.

Whereas under Jonathan, Nigeria made her best ever improvement on Transparency International’s Corruption Perception Index, moving 8 places forward from 144 to 136 in 2014, today Nigeria has made her worst ever retrogression under President Buhari, moving backwards 12 places from 136 to 148. This is a fact.

Mr. Shehu should stop speaking trash even though his name, Garba, rhymes with Garbage. Rather than blame Dame Patience Jonathan, for his boss’ loss of popularity, he should explain to Nigerians why the $25 billion contract scam at the Nigerian National Petroleum Corporation has not been investigated till today.

Garba should also explain why subsidy payments, which his boss termed ‘a fraud’ have jumped to ?1.4 trillion per annum yet the price of petrol has doubled to ?145 from ?87? If petrol prices go up then subsidy should go down. If subsidy goes up, then petrol prices should go down. It is mathematically impossible for subsidy to go up at the same rate and time price goes up.

Mr. Shehu should also tell Nigerians who recalled, reinstated and double promoted Abdulrasheed Maina, the biggest alleged thief in Nigeria’s civil service history. Maina was dismissed by the Jonathan government and recalled under the Buhari administration. Nigerians may further recall that Maina was said to have been given armed guards by Junaid Mohammed. Nigerians May further recall that the Attorney General of the Federation went to court to halt a Senate probe meant to unravel the Maina mystery.

While he is at it, Garba Shehu should tell Nigerians when Babachir Lawal will be prosecuted because we hear that he is in charge of President Buhari’s re-election campaign in Adamawa state.

Nigerians are also interested in knowing who the $43 million found at Osborne Towers in Ikoyi Lagos belongs to as well as why the Executive Secretary of the National Health Insurance Scheme, who was indicted by the Minister of health for misappropriating ?10 billion, was reinstated.

These and other cases of unprecedented corruption, incompetence and cluelessness are why Nigerians want to Change the Change and not because of Dame Patience Jonathan.

Finally, Garba Shehu is advised to TRANSMISSION with caution. This is Nigeria, not WEST GERMANY. He should further remember that 97% plus 5% equals 102% not 100%.