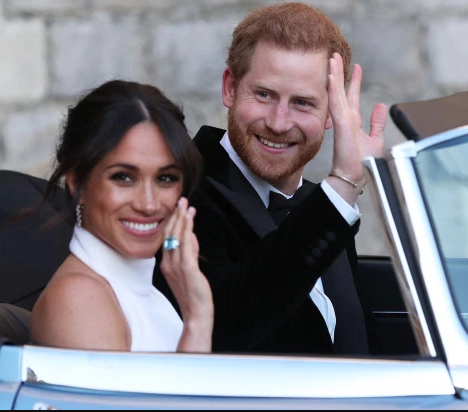 After Prince Harry and Meghan Markle had their wedding ceremony at St. George’s Chapel in Windsor, they moved to Frogmore house for an evening reception consisting of 200 guests and it turned into an outrageous party with a royal dance-off and “beer pong” games.

As guests arrived at the evening party, they were asked to hand in their phones to prevent any ­unauthorised videos or pictures. Chat show superstar James Corden compered the event and he did his best to entertain.

A source revealed: “He even compered a dance-off between Harry, Charles and William. Everyone was laughing because it’s something no one expected. Meghan and her mom also joined in. Then everyone danced, which really kicked off the party.”

Meghan and Harry chose Whitney Houston’s “I Wanna Dance With Somebody” as their first dance at the fun-filled wedding bash. Harry, 33, and Meghan, 36 let their hair down to the hit by Whitney Houston at Frogmore House, Windsor.

Meghan’s US heritage was marked with the boozy American university drinking game beer pong, where players throw table tennis balls into cups of beers which their opponents then have to consume. 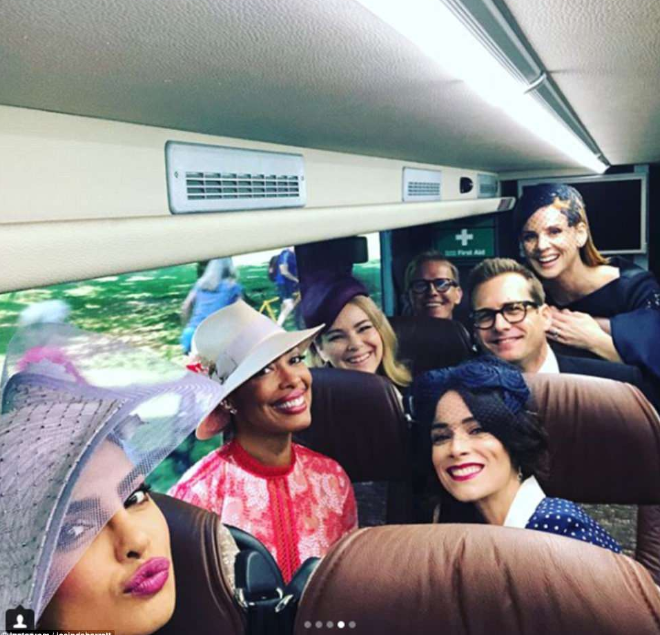 The reception insider said: “Sere­na Williams played beer pong like it was tennis. Everyone had so much fun with it, there were even fireworks.”

Charles and wife Camilla are thought to have left the party at Windsor’s Frogmore House before the celebrations became really wild.

The source told Page Six: “Prince Charles and Camilla headed off at about 10:30 p.m., leaving the younger ones to party. It started to close down at about midnight to 1 a.m., then people headed off to London, although some stayed.”

Hollywood superstar George Clooney, 57, whisked Meghan away for a dance and also did same with Kate Middleton.

Pork belly and Pol Roger champagne was served. There was festival-themed food, with burger nibbles and bespoke cocktails.

The source added: “There was a glass marquee for the dinner, festival-themed stalls and bars outside, with different themed drinks. There were burger bar stalls, whiskey bars, candy floss, games to play, acts performing and a DJ with a dance floor. There was a gin vermouth cocktail created for Charles and Camilla, who are both massive gin fans apparently.”

The Sun revealed guests were also offered a cocktail called When Harry Met Meghan — a rum-based drink with a hint of ginger ale.

Guests were told to “dress to the nines” for a night of “old-fashioned glamour and gallons of champagne.”

Celebrity DJ Sam Totolee was on the decks. Actor Idris Elba also took a turn at DJ’ing, with a playlist filled with soul classics, 1960s R&B and 1980s dance hits.

In a striking break with royal tradition, Meghan gave a speech in which she thanked Prince Charles for walking her down the aisle and for such a “warm welcome” into the Royal Family.

Harry also gave a “rip-roaring” speech and said he looked forward to “spending the rest of my life” with Meghan.

But it was brother William, 35, who brought the house down ­during a joint speech with Harry’s best pal Charlie van Straubenzee. They teased the groom about his thinning hair and told Meghan she was “the best thing that had ever happened to Haz”.

William managed to strike just the right balance between hilarious and solemn. He did mention their late mother, Princess Diana, and said how proud she would have been of her younger son.

He said he was proud of Harry too and welcomed Meghan as the sister he never had and the best thing that had ever happened to Haz.

But when he and Charlie got going, it was hilarious. They teased Harry about his growing bald patch and Wills said it would become as bad as his. It was some bash.

The guests had so much fun and danced a lot at the reception. Serena Williams was ready for a night of fun and arrived the reception wearing trainers beneath her long floral dress. 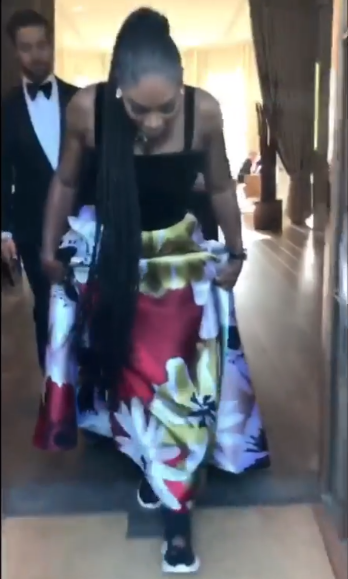 But for those guests who didn’t bring flats, Meghan Markle provided slippers for her reception guests so they could dance all they want.  “Pretty Little Liars” star Troian Bellisario, who is married to Markle’s “Suits” co-star Patrick J. Adams, shared a shot of the fluffy footwear on Instagram. 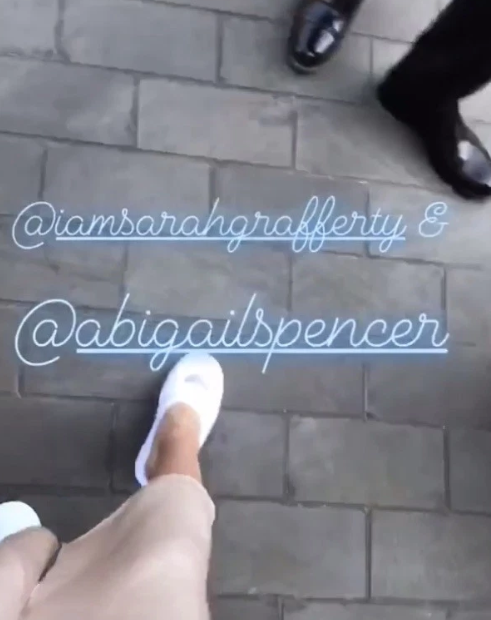 Celebs nursed epic hangovers on Sunday after the wedding reception.

Adams, 36, who plays Michael Ross in “Suits,” paid tribute to the new Duchess as he checked out of the luxurious Coworth Park hotel, where Wills and Harry had spent the night before the wedding.

Other celeb pals of the royal couple staggered out throughout the morning.

Corden left looking worse for wear, shouting at staff: “Let’s do it again at Christmas.”

“Suits” actor Rick Hoffman, 47, was spotted singing a boozy rendition of Michael Jackson’s “Billie Jean” in a private section of the hotel.

Jacinda Barrett, the wife of Gabriel Macht, 46, another of Meghan’s co-stars, said: “Congratulations Prince Harry and Meghan Markle, what a beautiful and joyous day today was with your lovely family and friends.

“I danced when Elton John sang, laughed at Prince Charles’ fantastic speech and am honoured to witness your commitment and love for each other, wishing you a long and happy life together.”