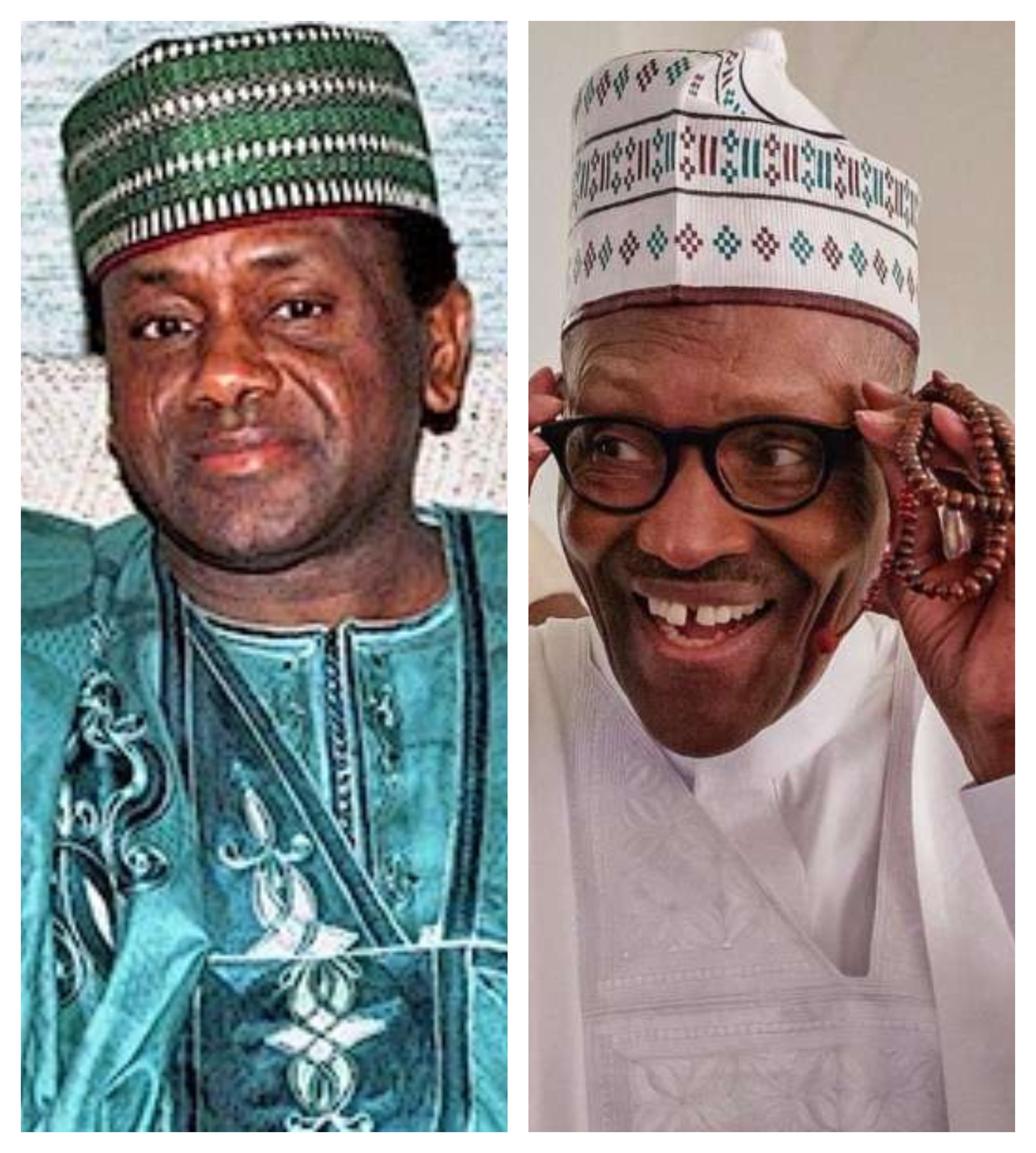 President Buhari today said no matter how anybody feels or what they think, former military dictator, General Sani Abacha, contributed immensely to the infrastructural development of the country during his time in office.

President Buhari said this when he hosted the Buhari Support Organisation (BSO), led by Hameed Ali, Comptroller-General of the Nigeria Customs Service (NCS), today May 22nd.

According to the president, Nigeria’s civilian presidents before and after Abacha spent billions of naira in infrastructure yet have had little to show for it.

“I have to repeat what I want public to know here. Some of you may not have heard it. Either there is no power in your place or even in the television, I said and I challenge anybody to check from Europe, Asia and America. Between 1999 and 2014, Nigeria was getting 2.1 million barrels per day at average cost of $100 dollars per barrel. It went up to $143. So Nigeria was earning 2.1m million times 100 times 16 years seven days a week. When we came, it collapsed to $37-38 and it was oscillating between 40 and 54 sometimes. I went to the Governor of Central Bank; thank goodness I did not sack him; he is still there! I went with my cap in my hand but there were no savings, only debt. And you know more than I do the condition of the roads and some of them were not repaired since PTF days. No matter what opinion you have about Abacha, I agreed to work with him and the PTF road we did from here to Port Harcourt, to Onitsha, to Benin and so on. On top of other things in the institution, education, medical care and so on.

You know the rail was killed and one of the former Heads of State between that time was bragging that he spent more than $15billion, not naira, on power. Where is the power? Where is the power? And now we have to pay the debts and this year and last year’s budgets I took to the National Assembly were the highest in capital projects: more than N1.3trillion.

Let anybody come and confront me publicly in the National Assembly. What have they been doing? Some of them have been there for 10 years. What have they been doing? So, really, this country, luckily for me, I said it about eight years [ago] that we have no other country than Nigeria, we should remain here and salvage it together no matter what you have outside” he said