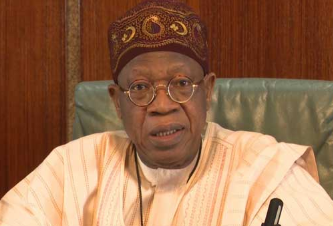 The Minister of Information, Lai Mohammed, has reacted to the allegation made by Rivers state governor, Nyesom Wike, that the Federal government is planning to assassinate him. Governor Wike at a thanksgiving service in Port Harcourt last Sunday May 20th said

“Intelligence report available to us as at this morning indicate that they are plotting to assassinate me in a crowd and claim it was accidental discharge. The level of conspiracy against Rivers State is unfortunate. Instead of focusing on governance, they focus on how to assassinate me or frame me up. I am not afraid because nobody can kill me. What is in me is greater than them”.

Reacting to the governor’s claim, Lai Mohammed while speaking with state house correspondents after the Federal Executive Council meeting yesterday May 23rd, said Governor Wike’s saving grace at the moment is the immunity he enjoys as a sitting governor because he would have been invited by security agents to explain the bases of such an allegation. Lai added that when he made such an allegation sometime ago, he was invited by security agents.

”As to the question about the allegation by the governor of Rivers State that he has information that he will be assassinated by the federal government in a crowd, I think one of the beauties of being a governor is that you enjoy immunity from prosecution and arrest. I remember a couple of years ago when I made similar allegations, I was invited to Force Headquarters” he said.