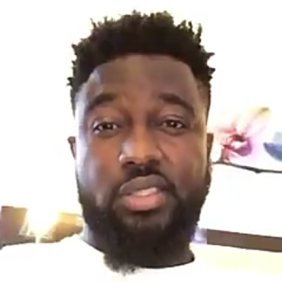 Music producer GospelOnDeBeatz, whose real name is Gospel Chinemeremu Obi, has been robbed at a hotel in South Africa.

The producer, who went to South Africa for a shoot, lodged in Maslow Hotel only to have 7,000 Rands stolen from his room, leaving him with no money to get by for the remainder of his stay.

He took to his Instagram Story to say that the hotel wouldn’t cooperate with him and release CCTV footage to explain what really happened. 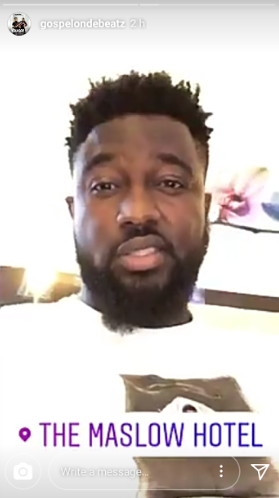 Gospel says that he was placed in a room in the hotel where he unpacked all his things then put his money in a drawer. He was later moved to a different room at about 8pm yesterday but he forgot to remove the money from the drawer as he moved. He then left the hotel for a shoot only to remember the money later on.

When he returned to the hotel this morning and reported the incident, he was granted access to his former room to search for the money but it was no longer in the drawer.

Hotel record shows that someone used the key card to gain access into the room at about 10pm, two hours after he left the room. He has asked the hotel to check CCTV footage to know who went into the room but his request was denied. Instead, the hotel promised to carry out investigations later.

He has now been asked to move out of the hotel because he is unable to pay for a room after his money was stolen.