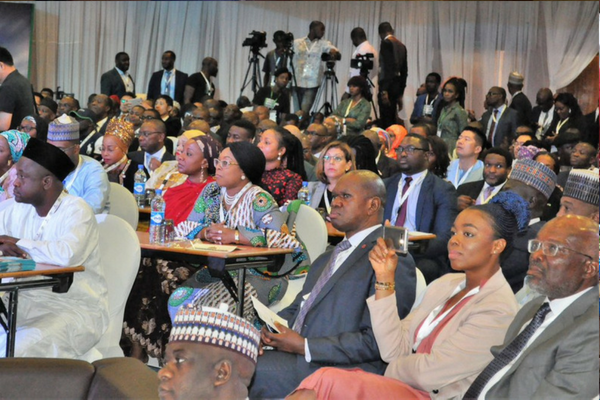 Investors at the ongoing Direct Investors Summit organised by the Nigeria Investment Promotion Commission (NIPC)‎ want the Federal Government to pay more attention to issues bothering on multiple taxation to sustain investments inflow into Nigeria.
Nigeria’s capital importation for the first quarter in 2018, translated to $6.3 billion. The investment inflow in the first quarter of 201‎8 is more than all of the flows that came into 2016, as industry watchers are already expressing optimism that Nigeria has better years ahead ‎to attract more investments.
At the Business Match-Making event organised by the NIPC to round off Direct Investor’s Summit in Abuja on Wednesday, some investors who spoke with BusinessDay while praising efforts of the Federal Government in creating enabling business environment, urged the government to address concerns of multiple taxations.
What the NIPC needs to do is to come up with single tax window or incentives for businesses, such that if you are coming to invest in Nigeria you plan your financial standards ahead of them.
“Today, no business can build its tax expenditure into its financial ‎statements because of multiplicity of taxation in Nigeria. We want a single tax system so that investors would not be scared to invest in the country,” Charles Akhigbe, managing director of Ames Pipe Mill and Coating Plant, told BusinessDay at the summit.
“‎We need to continue doing this kind of summit .It has enabled the NIPC to demonstrate on those investments in match making to create jobs and create new value chains to be encouraged.”
While urging the states to domesticate some of the key efforts of the Federal Government, he said, “States must domesticate all these efforts so that businesses in hiding because of multiple taxation from local government, communities and FIRS come out.”
Speaking further on the investments opening from the Economic Recovery and Growth Plan focused labs, he said,” The ERGP workshop, we actually achieved four-star status ‎for our three Edo projects, and those projects will be domiciled in Edo State. They consist of two-truck transit park, one in Benin expressway at Avielle, and the other one at a community called Uteko on the Benin bye Pass.
He noted further, “Under manufacturing ‎ and processing, we also presented and achieved four star status for Ames Pipe Mill and Coating Plant. The Pipe Mill is a 250,000 tons per annum pipe mill.
“We are working in joint venture with the Nigerian Content Development Board, and we will sign the final contract with the Federal Government.”
Industry watchers are optimistic that the ERGP is expected to open up investments commitments of about $25 billion, and is expected to create to the tune of 600 000 jobs, between now and 2020.”This is significant for our economy, and we must keep bringing investors together under one umbrella,” an economic expert said.
Once the maturity of these jobs comes alive, we would see improvement in the GDP, and the growths of the economy and lessening of poverty becomes inevitable, and most people would become entrepreneurs.
He said, “The Pipe Mill industry is new into Nigeria, it would also create room for Technical and vocational education in the country. These would ensure that people are trained on the skills and encourage more indigenous participation.”
The AMES Pipe Mills and Coating Plant will create about 3000 jobs spread across various value chains. For instance, hundreds of thousands of freight forwarders, who would have to employ people, new training skills in warehousing logistics, freight forwarding, Customs clearing, among others,” he said.
Michael Anedobe, who deals on animal feeds and pulling some investors into Nigeria, said the Federal Government must also address concerns of multiple taxation as well as remove bottlenecks in trading within the country.
“‎The trucks and tankers that block the roads when you move from one part of the country to the other is a barrier to business; even the police officers who delay movement of goods through all manner of delays and extortions must be addressed for the government to ease the process of business” he said.