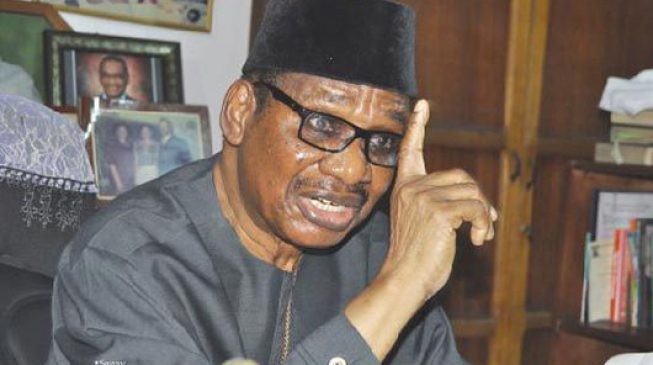 Chairman of the Presidential Advisory Committee Against Corruption (PACAC), Professor Itse Sagay, has declared that heavens won’t fall if former President Olusegun Obasanjo “is prosecuted and jailed” should he be found guilty in the alleged misappropriation of $16 billion power project fund.

Recall that last week, President Buhari said the former president had questions to answer regarding the $16 billion he spent on the power project during his administration that has yielded little or no result. Over the weekend, there were reports that the EFCC will soon launch an investigation into the Obasanjo power project.

In an interview with Daily Independent, Sagay said if the need arises, former president will be prosecuted and jailed and the heavens will not faill. He said Obasanjo has over the years belittled himself by always disagreeing publicly with his sucessors.

”Heavens will not fall if Obasanjo is prosecuted and jailed if found guilty. In my opinion, this government has a very kind disposition towards former presidents out of respect.  The government doesn’t want to create the impression whereby a former president who is the image of the country is being brought to trial. It will look a sorry sight. But no one should challenge this government and then compel it too establish that those who are talking are not the best and they allowed a lot of dirt under them for which they are not being prosecuted” he said

”Why even go to the United States? Let’s look into Nigeria. How many times has Yakubu Gowon under whom Obasanjo served as a military officer criticise anybody?  I am sure when he has anything to say he will go quietly. How many times has Abdulsalami Abubakar criticised anybody? Even Ibrahim Babangida was quiet before, respecting himself until Obasanjo started pushing and egging him to speak. You could see it wasn’t natural with Babangida coming out to attack a successor.  So, this is an Obasanjo ego trip. He has to be the President-General forever. He is always envious of anyone who came in after him. He has to interfere to be relevant and you must allow him preside over the presidency otherwise there will be no  peace.  He didn’t allow Yar’Adua to rest; he didn’t allow Jonathan to rest now it is the turn of Buhari.  I think this tendency of putting your hands in the eyes of those who succeeded you really has to be stopped.  His shenanigans has to be stopped.  He went  to Afenifere, a group he has had nothing to do with for  years for support. He has to formed some artificial party ADC and all sorts of ridiculous associations thinking he can destabilise this government when he was allowed a free reign as president.  He got two terms and then wanted a Third Term. Nobody killed him for it even though that attempt failed woefully. So, I think Obasanjo should allow Nigeria to rest. He should give Nigeria peace. He should just go to his house and leave us alone. We have had enough of him”.