The actor, who played Neville Longbottom in the Harry Potter films, revealed on Monday that he’s tied the knot with Angela Jones. In a tweet to his social media followers, Matthew wrote, “Not only did I miss @ArcticMonkeys in LA but they were performing in Italy at the same time we were there and my wife made me get married instead. Fuming.”

Matthew also shared a stunning photo of the couple from their special day with his fans.

The actor’s rep confirmed to E! news in Dec. 2016 that the couple was engaged to be married.

“They’re both over the moon. They got together in July and hit it off straight away,” the rep said in a statement at the time. 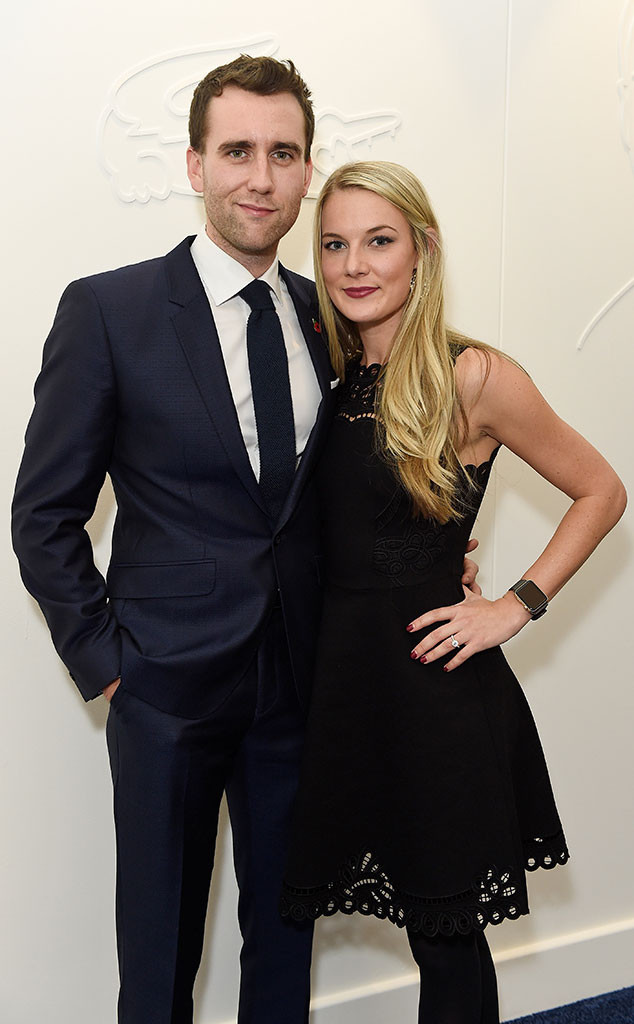 TMZ first reported the engagement news at the time, stating that Matthew had proposed in November. The outlet also posted a photo of what appeared to be Angela’s engagement announcement. The photo, which was reportedly taken from her private Instagram account, showed her with a new diamond ring on her ring finger while standing with Matthew in front of the Eiffel Tower in Paris.

And now the couple is officially husband and wife!

Congratulations to the duo on the exciting wedding news!