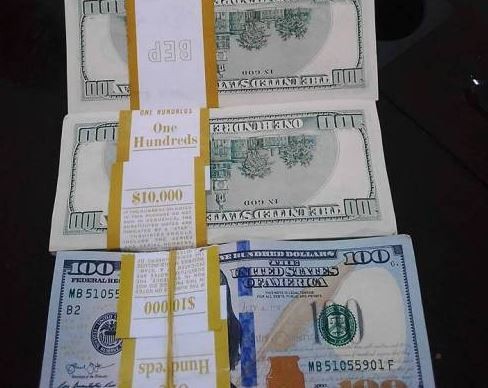 Justice Babatunde Quadri of the Federal High Court, Abuja, on Wednesday, March 30, 2018 admitted in evidence documents tendered by the Economic and Financial Crimes Commission, EFCC, against a Chinese national, Li Ya Ping, who is facing trial on one count charge for allegedly concealing the sum of $300,000 (equivalent of N108million), while attempting to board a flight to Dubai.

The offence contravenes the dictates of Section 2 (3) (5) of the Money Laundering (Prohibition) Act, 2011 (as amended) which states that:“Transportation of cash or negotiable instruments in excess of $10,000 or its equivalent by individuals in or out of the country shall be declared to the Nigerian Customs Service”.
At the resumed hearing, counsel to EFCC, P. K. Latona presented the fourth witness, Hassan Mohammed Misau.

Misau, a detective with the Advance Fraud Unit, AFF, of the EFCC, in his testimony told the court that, “on March 15, 2018 at about 13Hours, my team received a phone call from the Nigerian Customs Service, NCS, FCT Command, informing us of the arrest of the defendant, who they said concealed a sum of $300,000 and was intercepted at the Nnamdi Azikwe International Airport, Abuja while trying to board an Emirate Airline enroute Abuja to Dubai”.

He stated that the anti-graft agency dispatched a team of investigators to follow up on the report, and on arrival they met with the officers – Yahaya Ishaq and Helen Ajibero, who gave statements on how the incident happened.

The PW4 said that his team, thereafter, received handover notes, statements from the customs officials, 2 Business boarding pass, a Chinese international passport, a mobile handset belonging to the defendant alongside the sum of $300,000 and brought same to the Commission.

He added that the defendant was handed over to the EFCC on March 16, 2018 by the NCS.