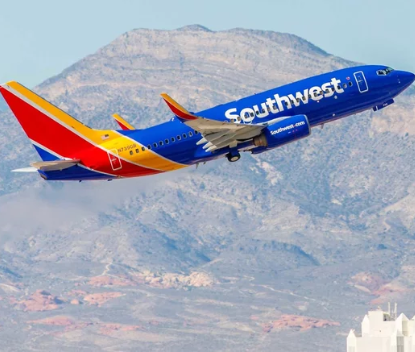 Southwest Airlines flight 1250 was forced to make an emergency landing at San Jose International Airport (SJC) on Wednesday after a passenger was caught smoking in the aircraft lavatory.

The aircraft had departed from San Francisco (SFO), bound for Los Angeles (LAX) at around 3:30pm local time on Wednesday. However, after about 15 minutes in air, the aircraft began descending after a man was reportedly caught smoking in the aircraft’s lavatory. The smoke triggered an alarm, forcing crew to make the decision to divert.

Edmund Lo, a passenger, reported that the man in question boarded the aircraft in a wheelchair. Once in-flight, Lo said the man got up and walked around before going to the restroom once the plane reached cruising altitude. Moments later, the alarm sounded and when the man returned to his seat, he smelled like marijuana.

Southwest Airlines Flight 1250 with scheduled service from San Francisco to Los Angeles landed safely after diverting to San Jose following indications a customer was allegedly smoking in the aft lavatory. The flight landed without incident where it was met by local law enforcement, and the customer in question was turned over to local authorities. Our employees in San Jose are working to accommodate the remaining 32 customers on other aircraft to continue their journeys.

No one was injured in the incident, and no delays were reported at the airport as a result, Southwest said.