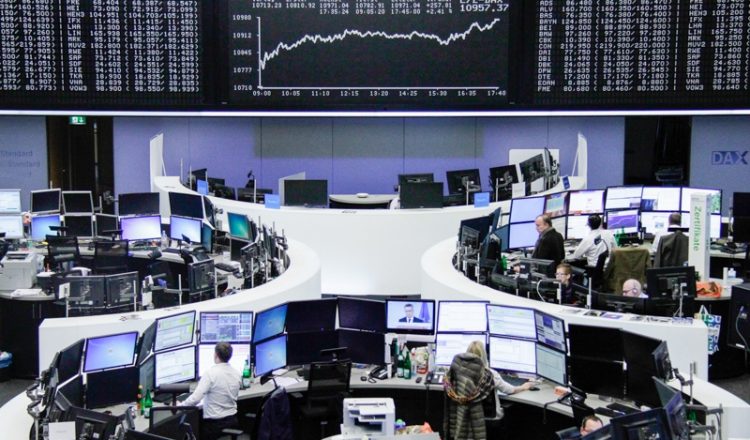 In midday deals, Milan’s stock market was up 2.6 percent, helping to pull up other European bourses and the euro.

“It’s been quite a week for investors which has been reflected by a spike in volatility, with politics being the main driver of the unrest,” noted Craig Erlam, senior market analyst at Oanda trading group.

“On the economy we have a rather significant set of data out today that rarely takes a back seat to other things but that has certainly been the case this week.

“The US jobs report is one of the most highly anticipated releases we get as it provides important insight into the strength of the US economy, labour market and potential inflationary pressures,” Erlam added.

Elsewhere Friday, Asian stock markets dropped as fears of a trade war returned to the fore after US President Donald Trump imposed stiff tariffs on European, Mexican and Canadian steel and aluminium.

The move sparked immediate countermeasures by Mexico and Canada, while the European Union threatened a similar response, throwing up the prospect of a painful conflict between some of the world’s biggest economies.

French President Emmanuel Macron labelled as “illegal” the move that followed US warnings that tariffs on some Chinese goods were still up in the air.

European investors meanwhile took their lead Friday from Italy, whose populist parties reached a deal to revive a coalition government and avoid a snap election that many had feared could be used as a referendum on the country’s euro membership.

“While markets overreacted to the Italian mess a couple of days back, it strikes me they might be under-reacting to… this trade skirmish developing into a trade war,” said Greg McKenna, chief market strategist at AxiTrader.

“My guess is that many traders and investors see this as another negotiating tactic from the Trump Administration,” he said.

McKenna warned that Trump was at risk of being overwhelmed as he fights several battles at once, with North Korea, Iran and the Russia investigation at home among the other pressing issues demanding his attention.

Beyond Friday’s US jobs data, Group of Seven finance ministers are meeting at the weekend, with analysts looking for a possible fracture as Trump embarks on a unilateral “America First” agenda.