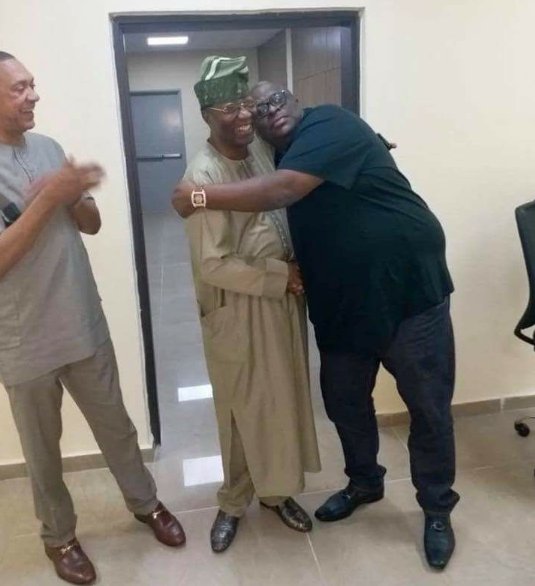 Ex-Ogun State Governor Otunba Gbenga Daniel and Senator Buruji Kashamu have settled their differences and they hugged to seal their reconciliation.

At a closed-door meeting which took place yesterday in Abuja, Otunba Gbenga Daniel, Senator Buruji Kashamu, and Senator Ben Bruce, who are chieftains and national leaders of the Peoples Democratic Party (PDP), came together with the aim of resolving the issues that have rocked the Ogun State chapter of the party over the years.

The meeting lasted over three hours during which the two major figures in the face-off, Otunba Gbenga Daniel, and Kashamu, discussed all the issues and resolved them. They agreed to work together going forward in the interest of the party and the people of Ogun State.

After their reconciliation, both men hugged while a delighted Ben Bruce clapped as he observed. 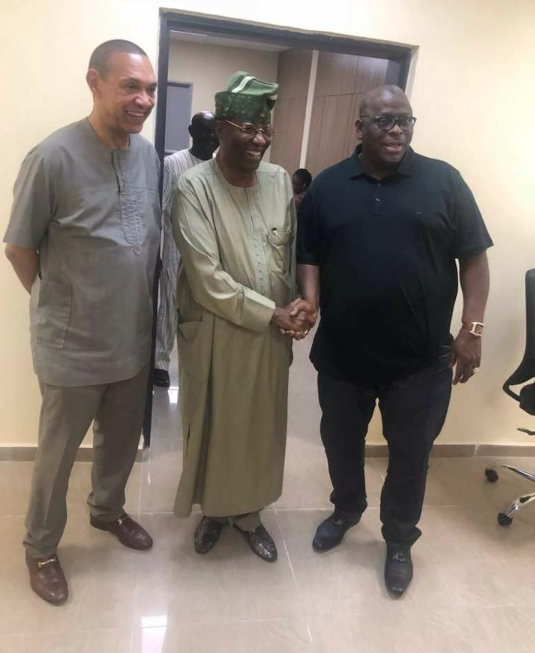