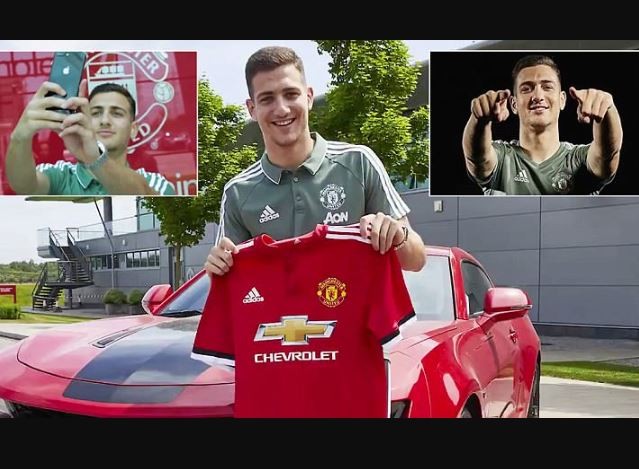 Manchester United have announced the signing of full-back Diogo Dalot from Porto on a five-year deal.

The Portugal Under 21 international was bought for £17.4million and has the option to stay an extra year in his contract.

The 19-year-old who can also play left back helped Portugal win the 2016 UEFA European Under 17 Championship, scoring twice in five games in Azerbaijan including once in the final against Spain. 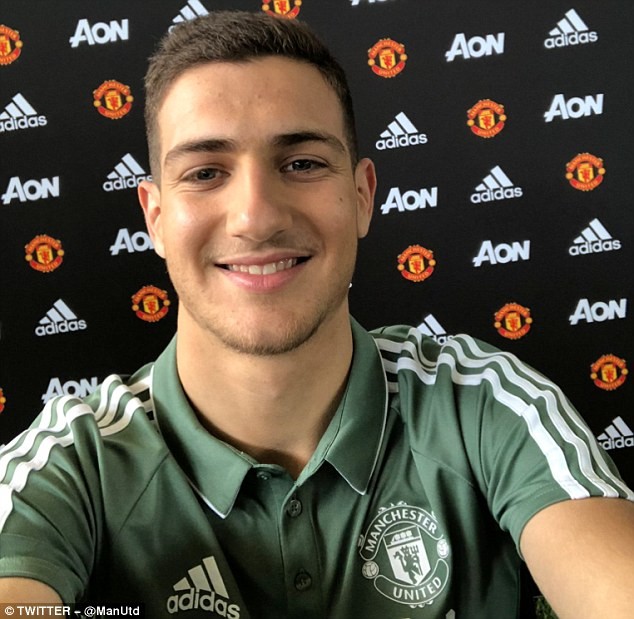 On signing the teenager, United coach Jose Mourinho told the club’s official website : ‘Diogo is an extremely talented young defender with all the qualities to quickly become a great player for this club.

‘He has all the attributes that a full back needs: physicality, tactical intelligence and technical quality, combined with a Porto Academy mentality which prepares players for the maturity they need at the professional level.

‘In his age group, he is the best full back in Europe and we all believe he has a bright future ahead of him at Manchester United.’

Dalot who is now the second player to be signed ahead of next season after  Brazilian midfielder Fred, said: ‘Joining Manchester United is an unbelievable opportunity for me. 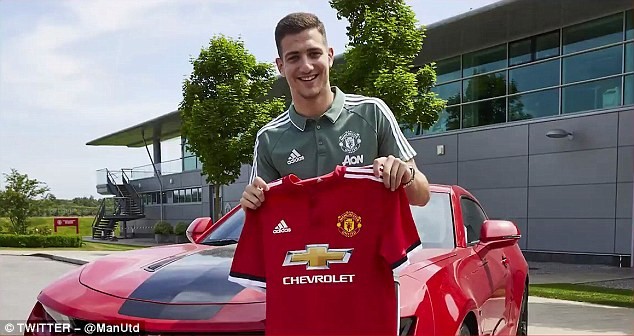 ‘I have grown up in Porto’s Academy and I am so thankful for everything they have done for me.

‘But the chance of coming to the biggest club in the world is something I just couldn’t turn down.

‘I’m excited about working with Jose Mourinho and learning everything I can from such a successful coach.

‘I am looking forward to playing alongside the fantastic players in the squad.’