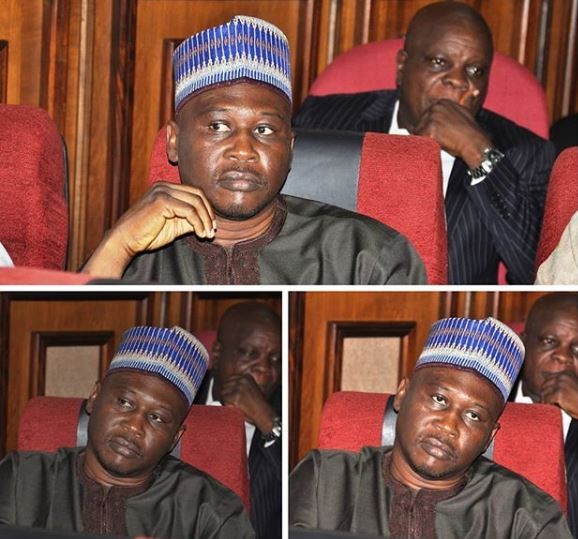 Justice A. R. Mohammed of the Federal High Court sitting in Maitama, Abuja, has adjourned the trial of a former governor of Adamawa State, Ahmadu Umaru also known as Rt. Hon. Ahmadu Umaru Fintiri and one other, charged with N2.9billion fraud to October 4, 2018.

The adjournment was sequel to an application by Fintiri’s counsel, Mahmud Abubakar Magaji, SAN, seeking the release of the international passport of the first defendant to enable him to travel to Germany for follow-up on his medical treatment.

Fintiri, a former lawmaker, who also served briefly as the Acting Governor of Adamawa State, is being prosecuted on a 5-count charge of bribery and money laundering alongside Mayim Construction and Properties Limited, by EFCC.

He was alleged to have defrauded the Adamawa government by laundering money to the tune of N2.9billion through his naira and dollar accounts domiciled at EcoBank Plc. The defendant was also accused of making large cash payment for the purchase of landed property in Abuja during the three months period he held sway as the governor of the state.

The matter was adjourned to today, June 6, 2018 for continuation of cross-examination of the prosecution’s first witness, Ibrahim Welye, former Secretary to the Adamawa State Government, who in an earlier testimony, told the court that certain contracts awarded by the former acting governor, including the electrification of Kirshinga Village in Madagali Local Government Area of the State, had no approval.

It would be recalled that, Welye had in a petition dated May 11, 2015 to the EFCC, alleged that the first defendant (Fintiri) fraudulently diverted N497million meant for the construction of a lecture theatre for the Faculty of Law, Adamawa State University, Mubi, laying only the foundation and never completed the project.