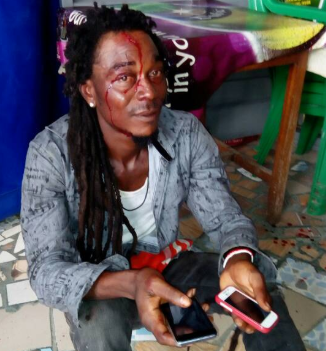 A phone thief was apprehended and given the beating of his life when he tried to steal a phone from his victim who was watching the Nigeria vs Czech Republic match at a beer joint in Lagos. Twitter user @BishopIkedi1 who shared photos of the phone thief wrote

”While people were watching the Nigeria vs Czech Republic match in a beer joint near Adex hotel, Surulere, this dude just entered the next joint and stole two phones. And before you could says ‘Super Eagles’ he has been beating black and blue. Poverty is a disease 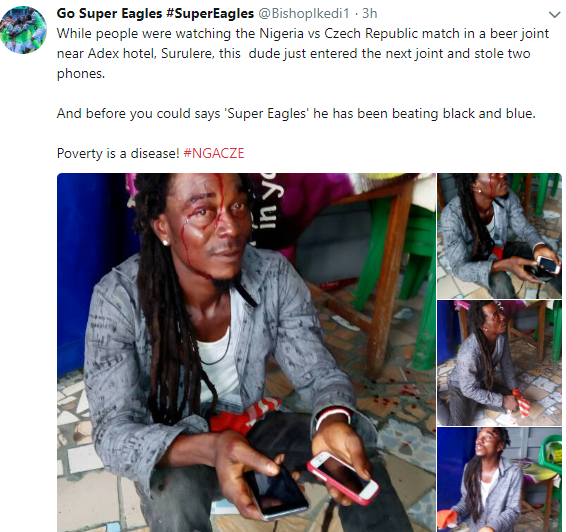