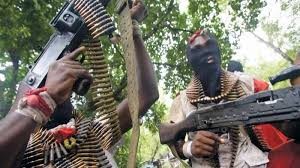 At least 23 travelers including a nursing mother were kidnapped along the Birnin-Gwari road in Kaduna state today June 8th.

According to reports, the kidnappers intercepted the commercial bus they were travellering in at Kwanar-Tsauni, between Udawa and Labi villages.

Mohammed Kebi, a commercial driver who witnessed the incident, said at least five vehicles were intercepted by the kidnappers at about 11am.

Another witness, Musa Yakubu, said the Birnin-Gwari road had become a haven of kidnappers.

The Birnin-Gwari expressway has become one of the most dangerous routes to ply in northern Nigeria.

Last week Thursday, at least 25 passengers were abducted on the same road by gunmen. They, too, were occupying five vehicles when the gunmen struck, leading them to a bush.