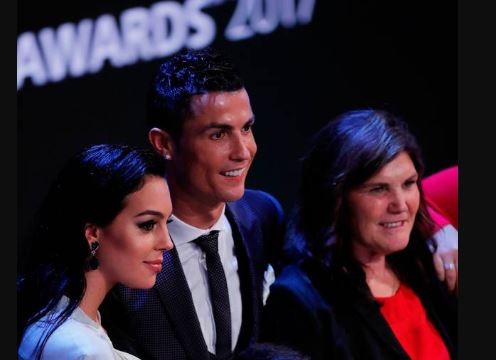 The 63-year-old Madeira-born matriarch made the statement in an interview with Cristina magazine, where she addressed the Real Madrid player’s love life, as well as his children.

Speaking about Georgina who gave birth to the couple’s first child Alana in November 2017, she told the Portuguese publication that she ‘likes’ the 24-year-old model, before branding her a ‘future daughter-in-law and a ‘very calm person’.

Asked if her the father-of-four needed someone by his side, Maria responded: ‘Yes. We do a lot of mad things in life and there’s a time when you need to stop and think and shape your life. He’s reaching that point.’