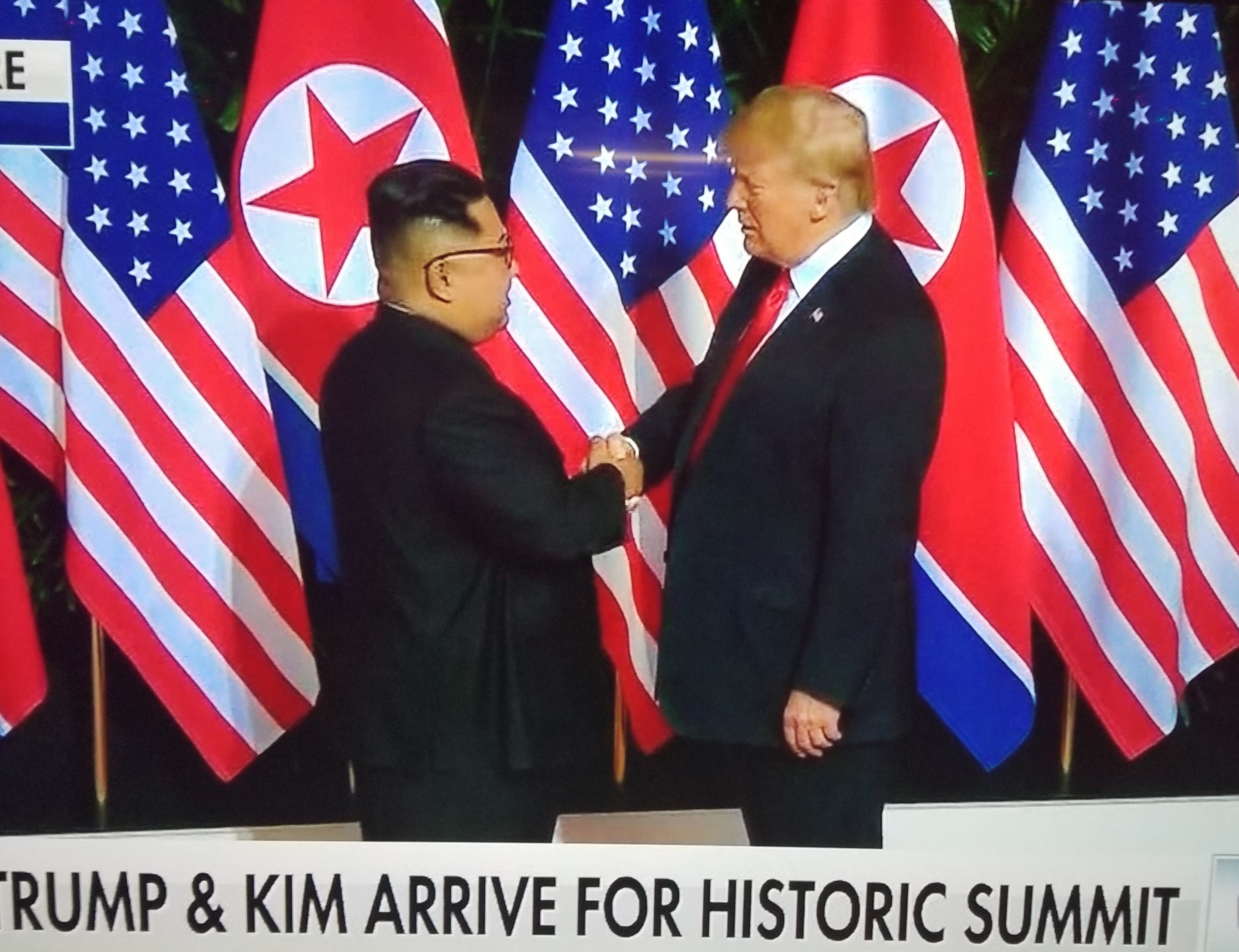 US president Donald J. Trump is currently having a historic meeting with North Korean leader, Kim Jong Un in Singapore. They are meeting in Capella resort, an isolated hotel on Sentosa Island in Singapore. 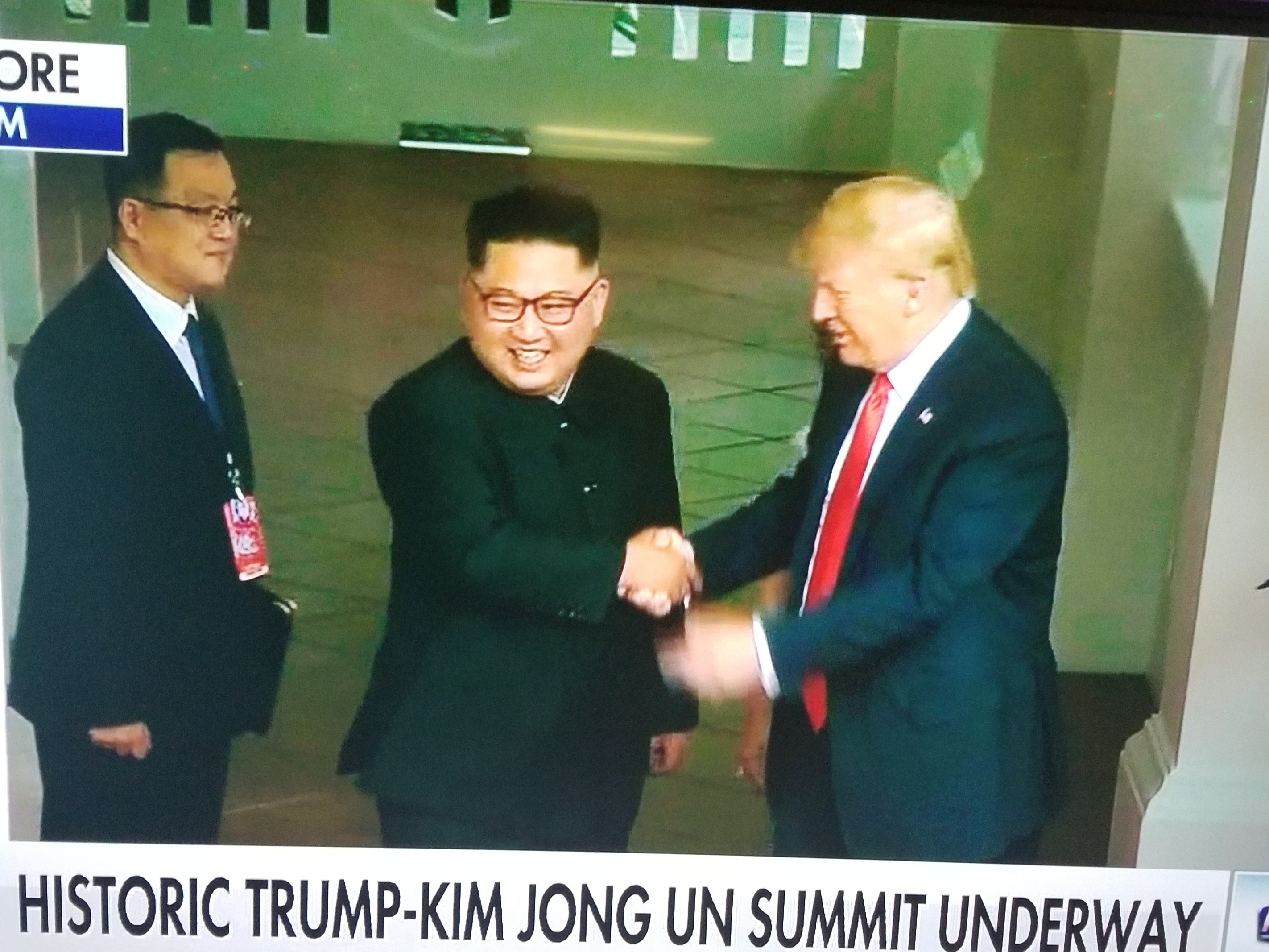 The two leaders shared a historic handshake as they met for the first time at 9am Singaporean time. 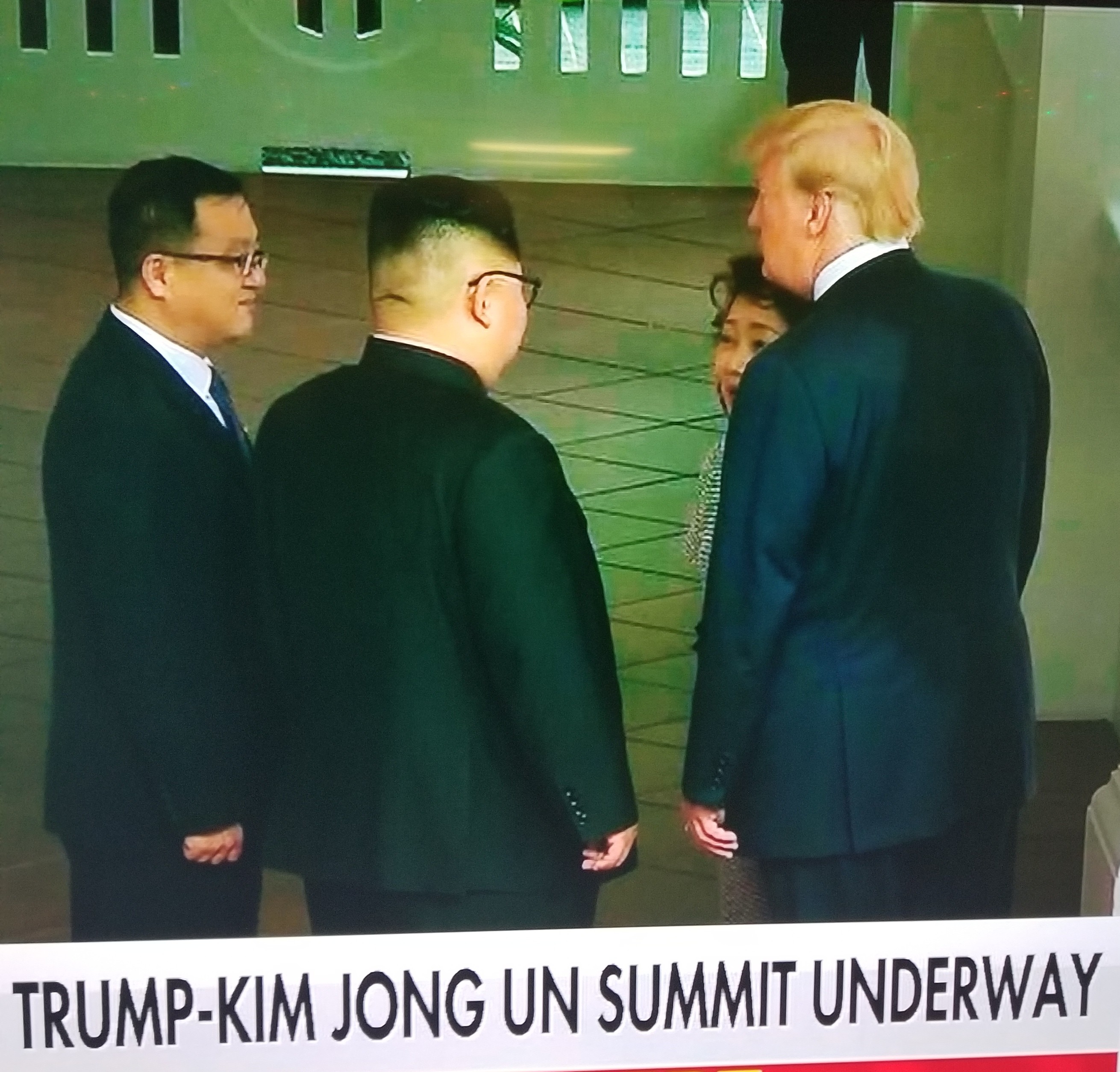 The meeting is supposed to last for 45 mins. The two  leaders will kick things off by meeting with only their translators present, a U.S. official said. Trump and Kim and their translators will meet first in a session first, before they allow their respective advisers to join them. 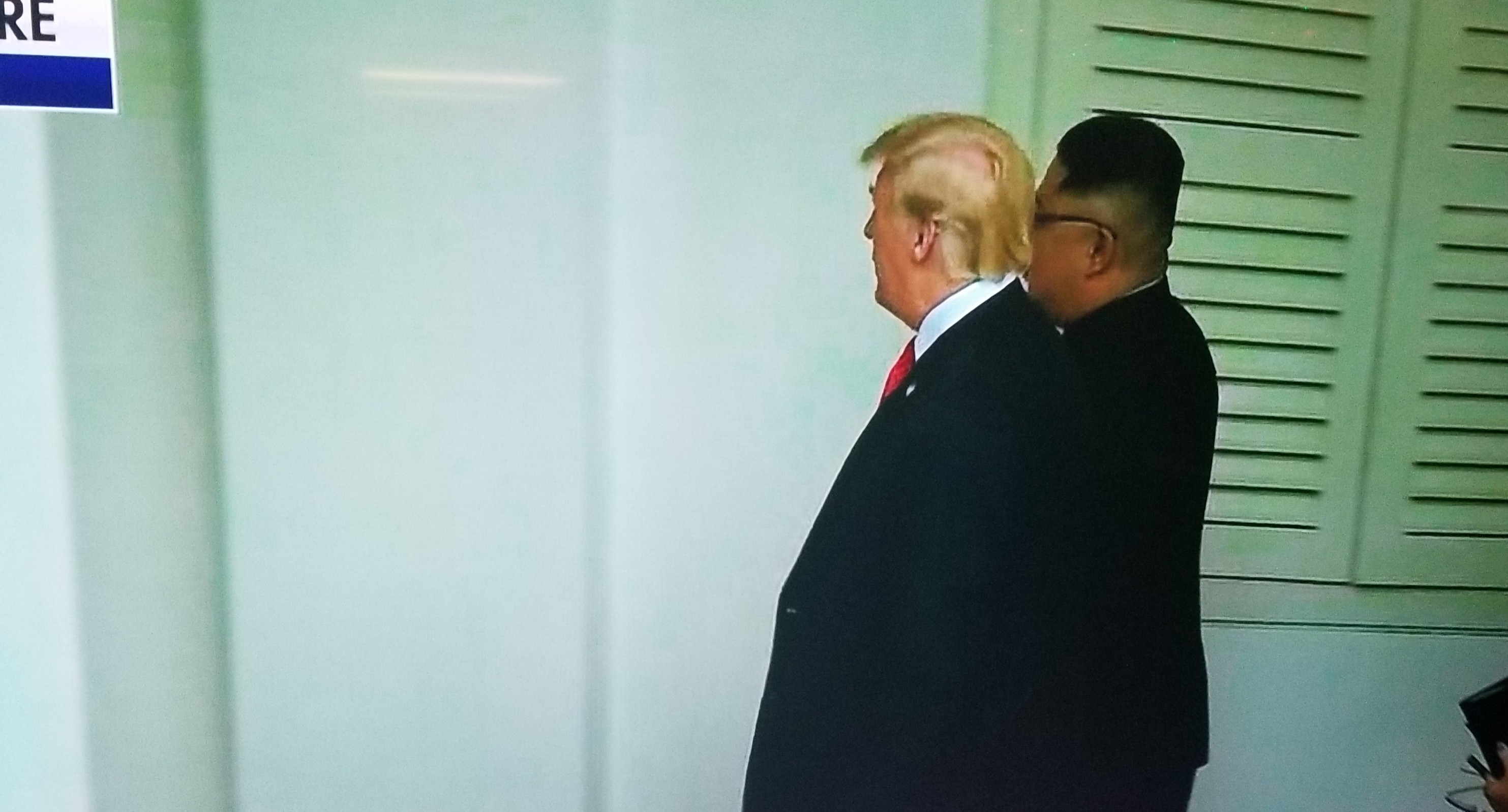 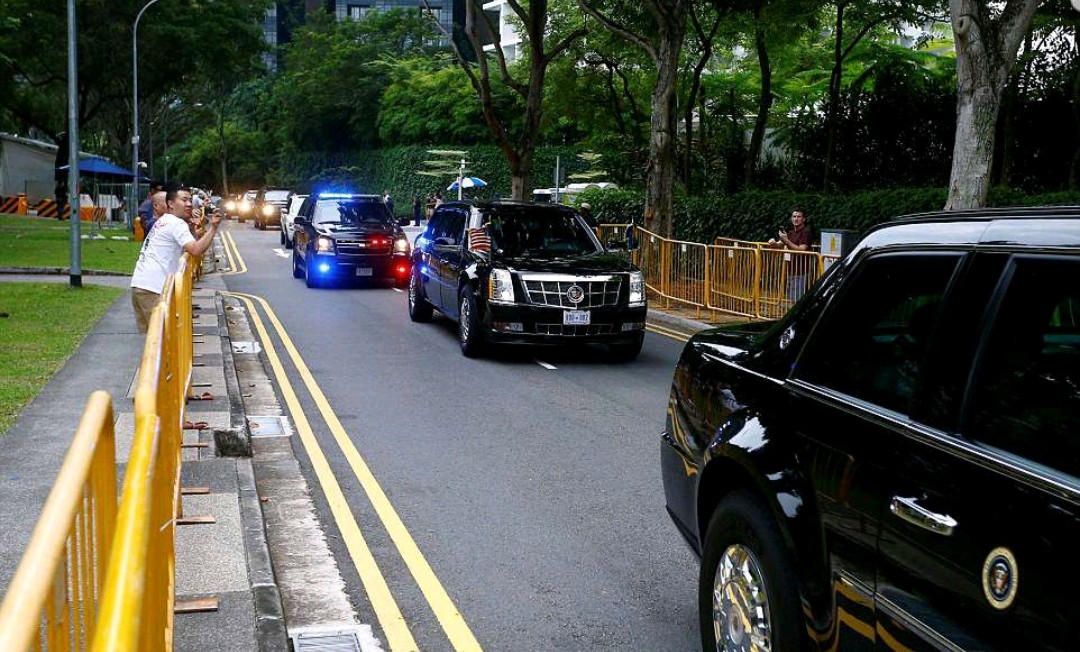 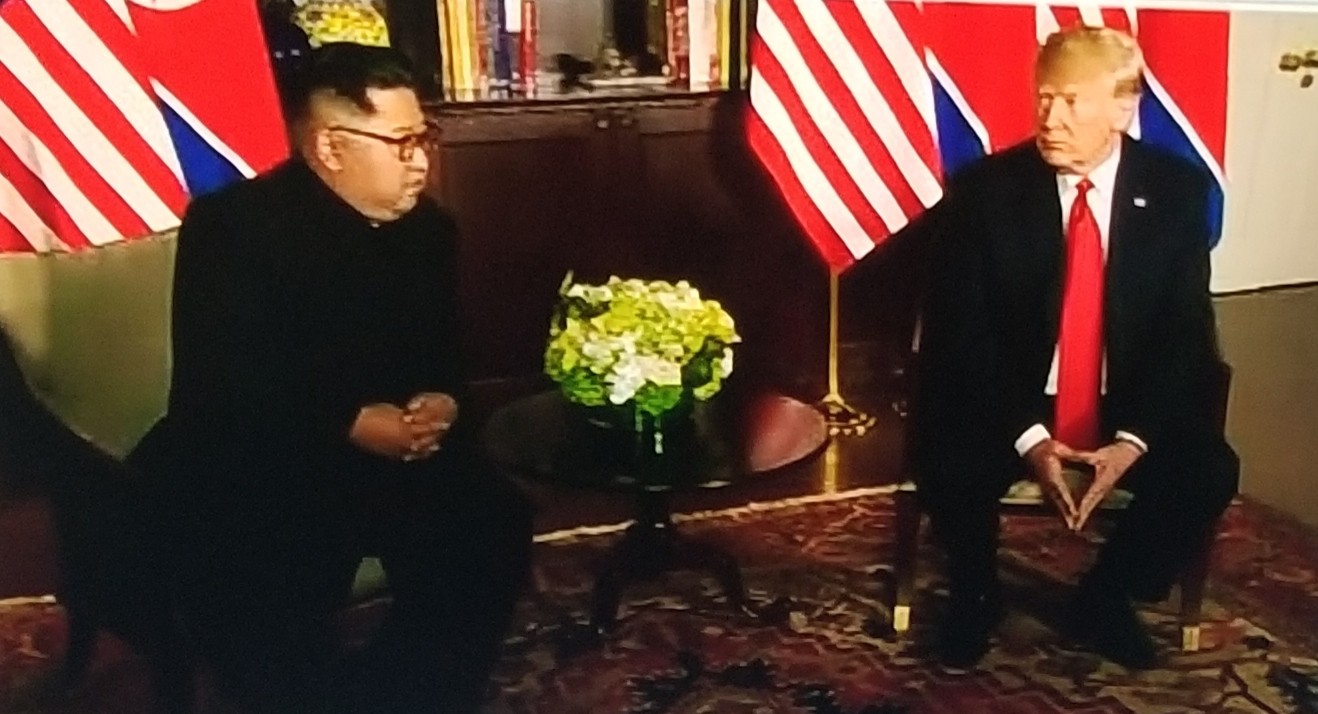 President Trump’s advisers at the meeting are his Secretary of State, Mike Pompeo, his Chief of Staff, John Kelly and Ambassador John Bolton, his National Security adviser. 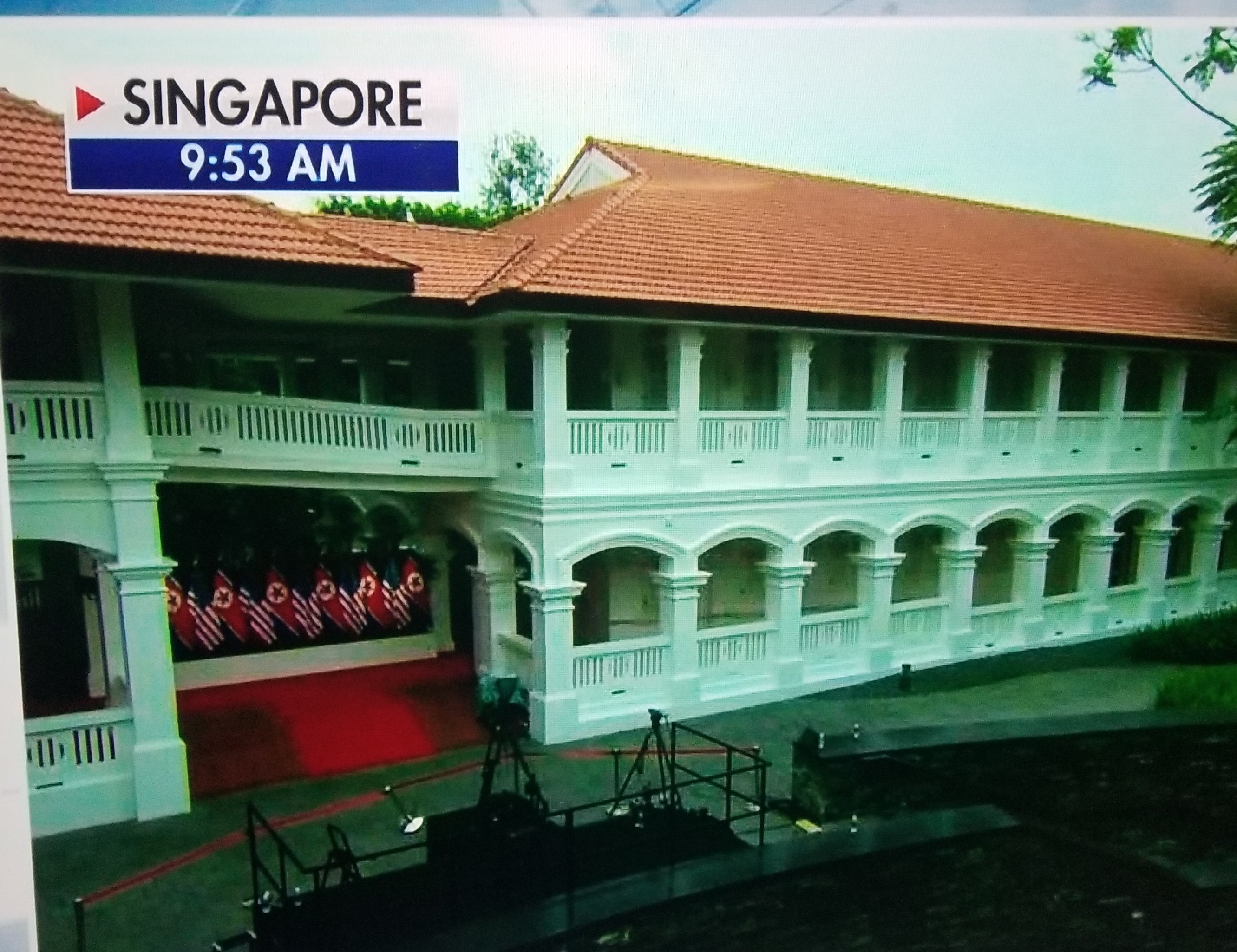 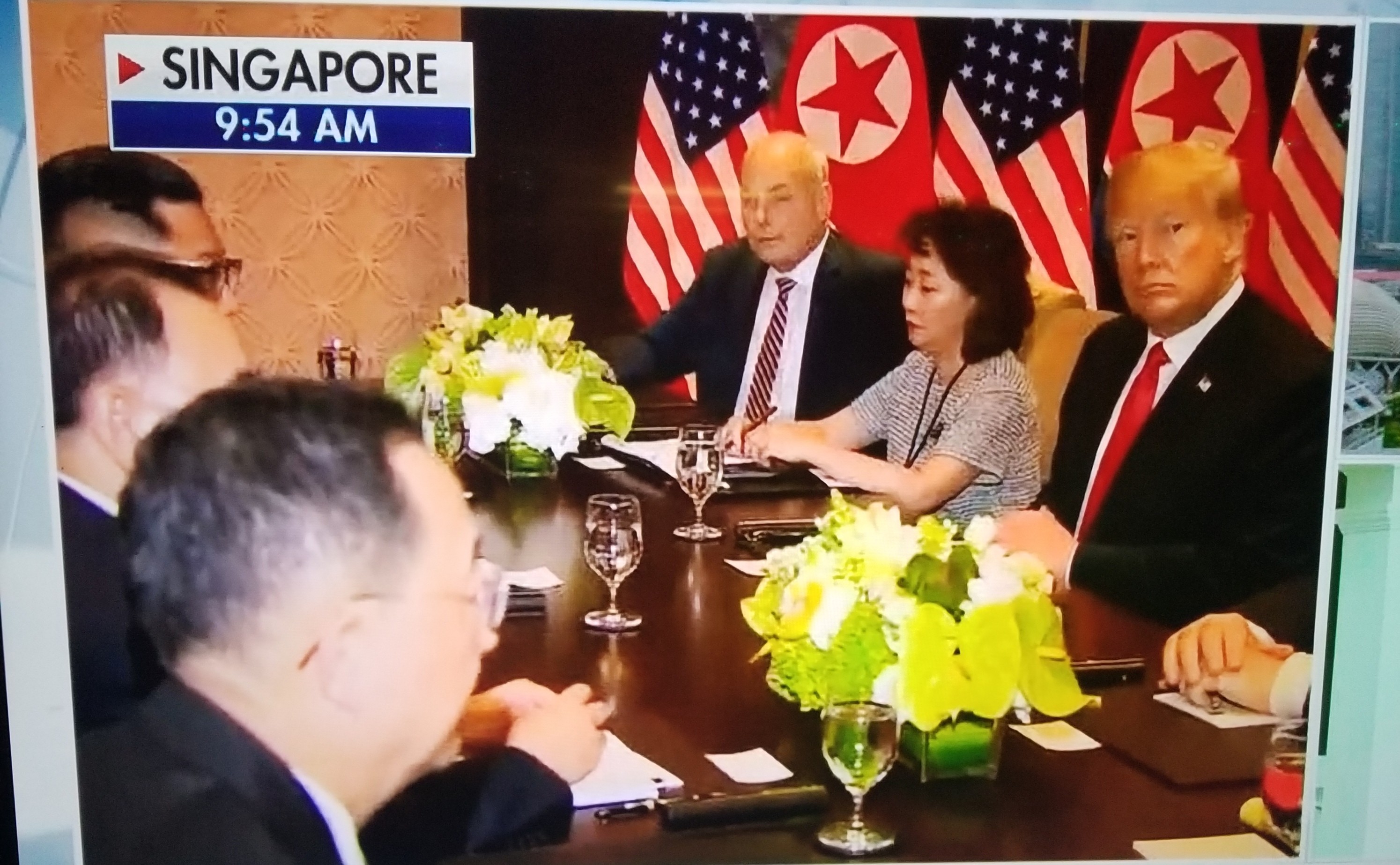 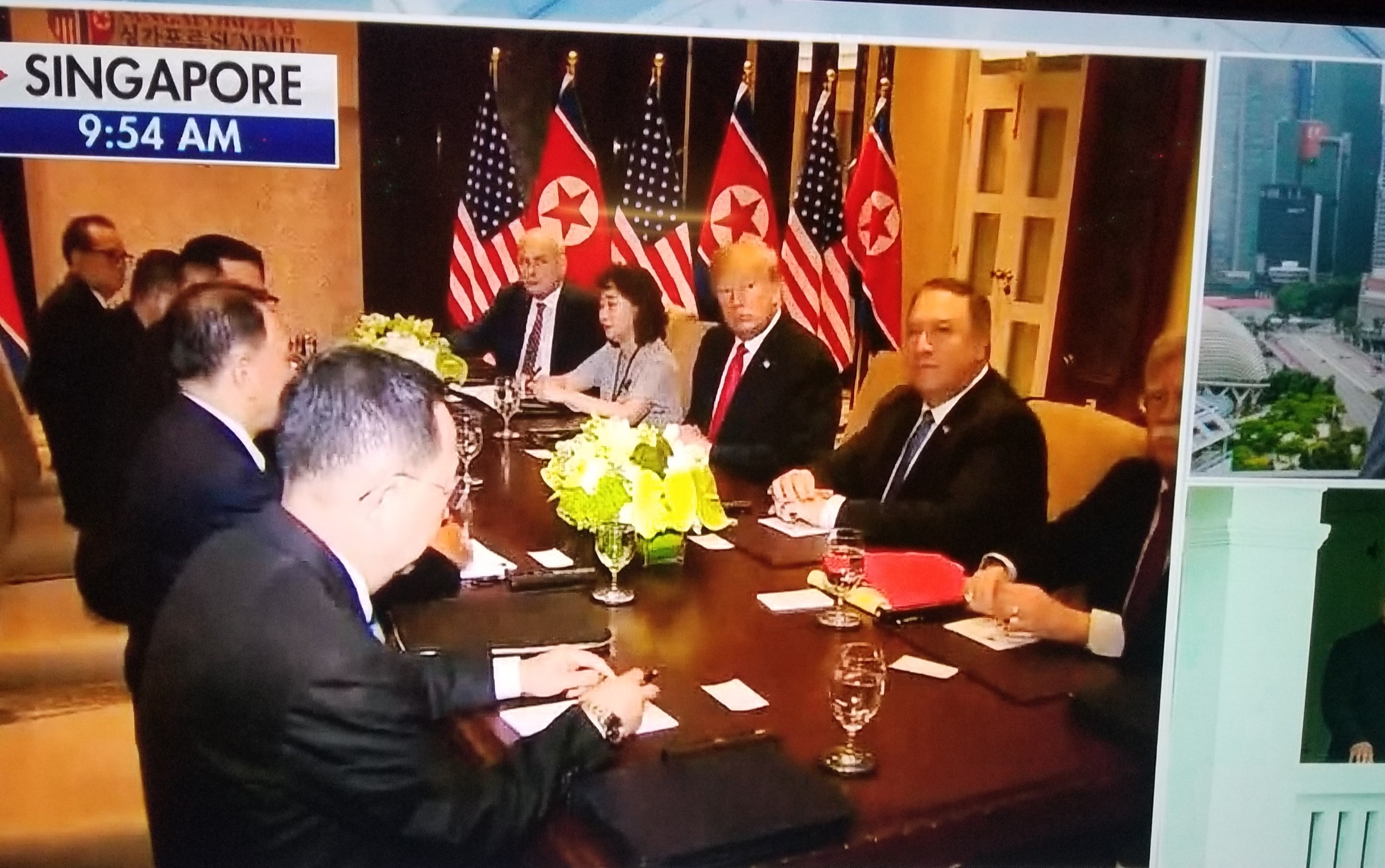 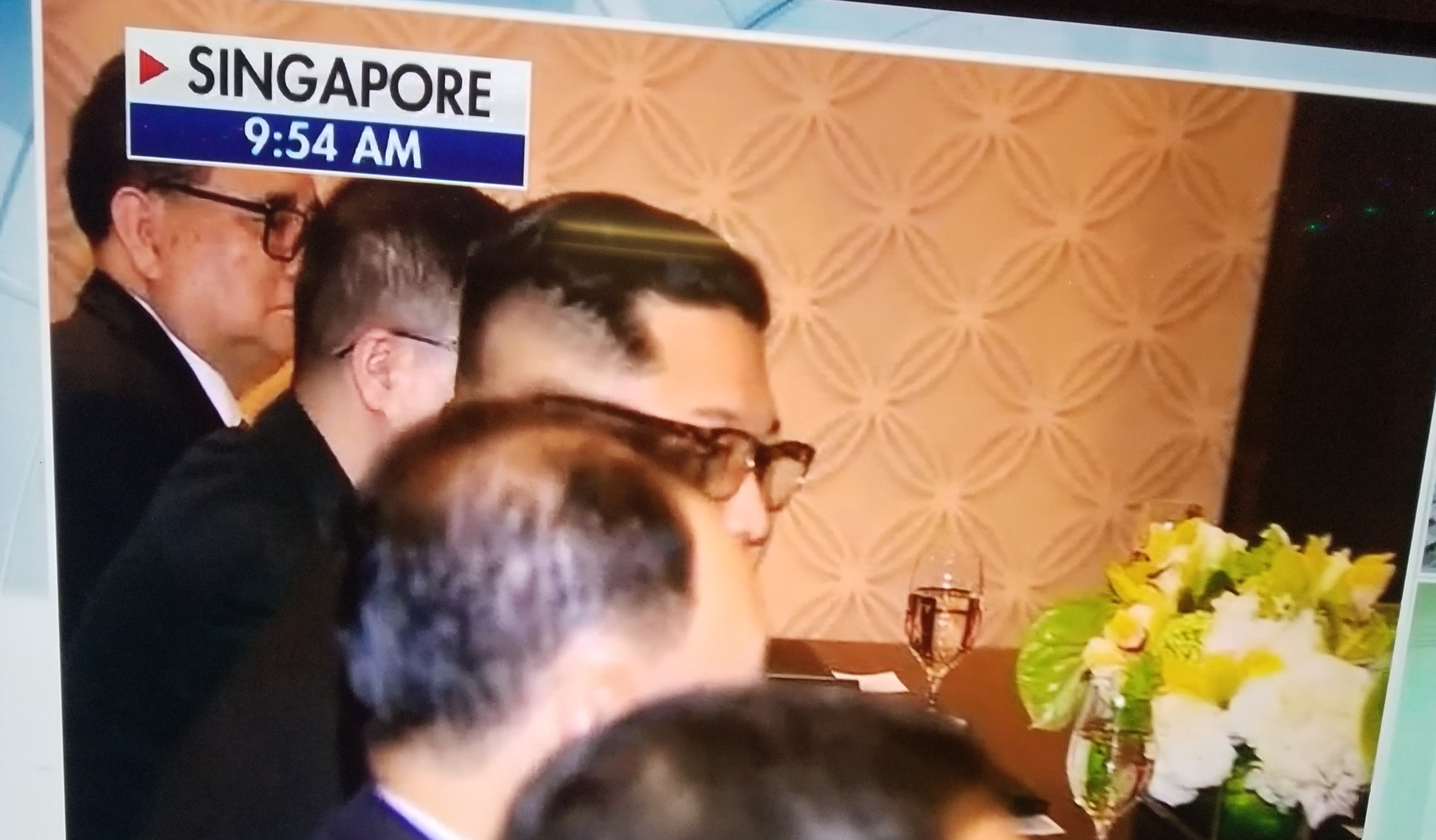