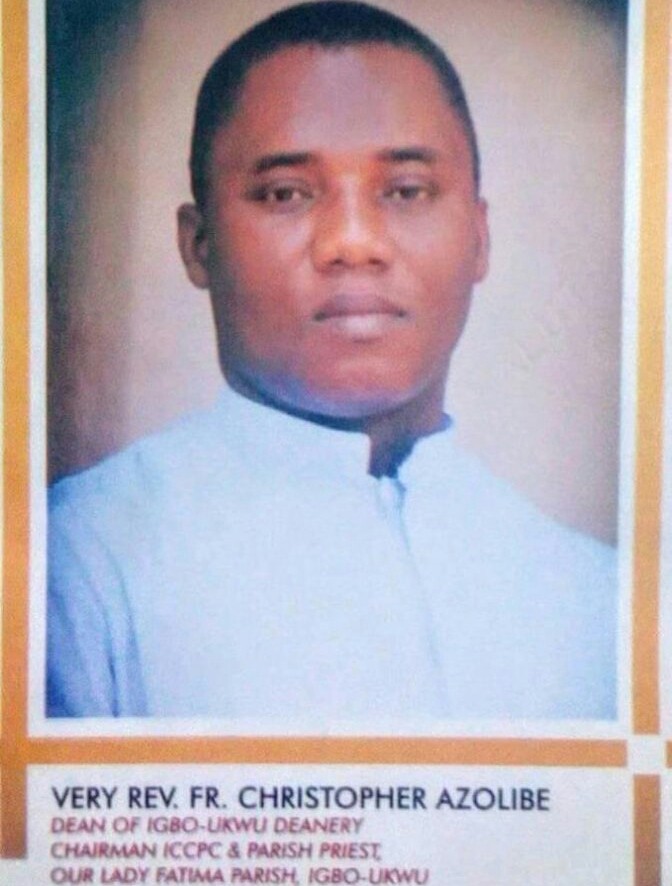 Three Catholic priests have reportedly died all within the space of six months in IgboUkwu village, Aguata Local Government Area of Anambra State. According to reports, their death comes after about 15 shrines were destroyed in the state and traditional rulers promised to retaliate.

The latest Catholic priest to die in the community is Reverend Father Christopher Azolibe. He was the parish priest of Our Lady of Fatima Catholic Church, the foremost Catholic community in Igbo-ukwu town.

Before the death of Rev. Father Azolibe, two other priests died after the Christian community in the town carried out a crusade that led to burning of shrines on December 29th, 2017. 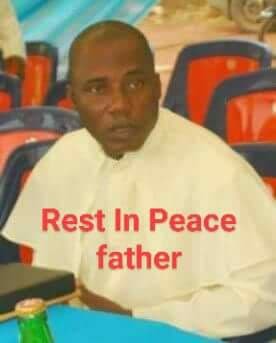 Prior to the burning of the shrines which locals claim was spearheaded by Rev. Fr. Emmanuel Obimma (Ebube Muonso), the spiritual director of Holy Ghost Adoration Ministry, the traditionalists had received information that the priest was coming for community “cleansing” and had written to the Parish Priest of the host church, urging the parishioners to steer clear of their religious sites.

But the priest reportedly went ahead with the cleansing after which traditionalists reportedly vowed to retaliate. With the death of three priests in the space of six months, locals now fear the threats made by the traditional worshippers are coming to pass. 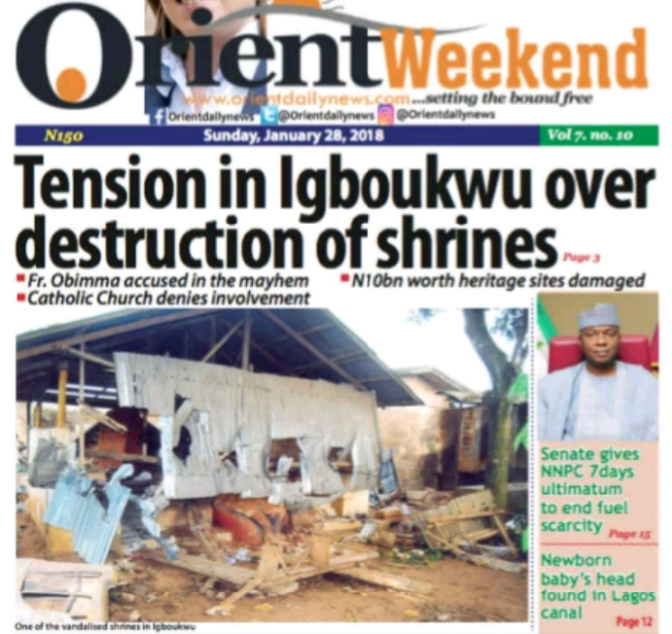