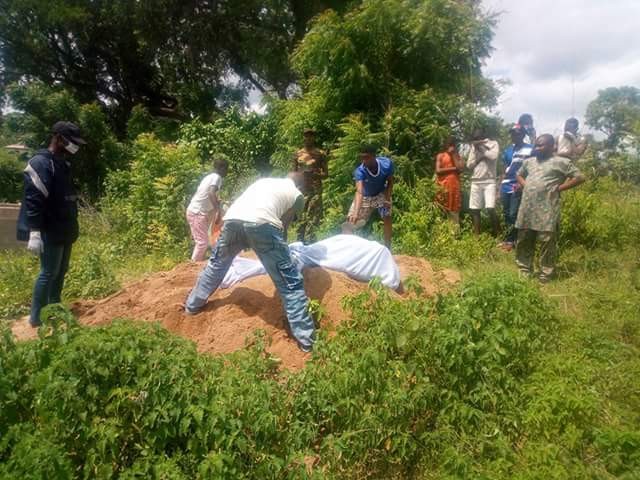 A popular Pastor of the Celestine Church in Ozuri, Adavi Local government area of Kogi State,  Shegun has been arrested for allegedly killing a sex hawker for ritual purposes.

The Senior Assistant on Media and Publicity to Adavi LGA, Jimoh Habib, who confirmed the incident, said the sex worker, from Benue State worked at a popular hotel in the area called Hollywood. 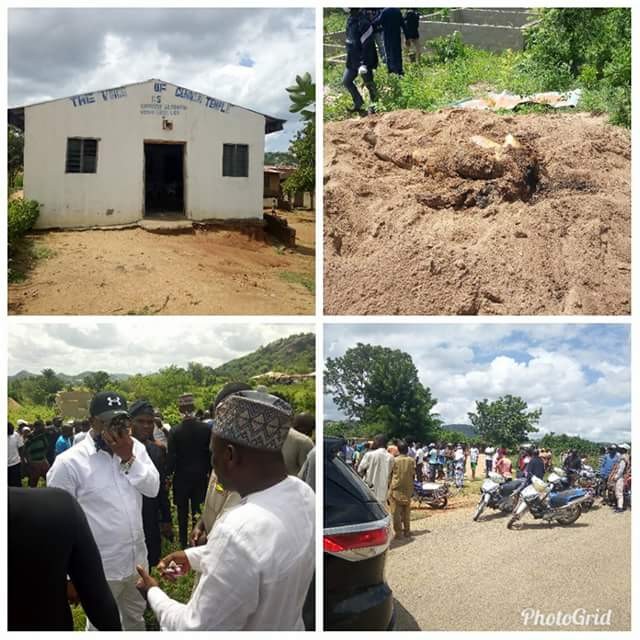 The pastor was apprehended alongside his accomplice, Mike and Stephen, who claimed to be his boys and church members in the early hours of Thursday, June 21.

The D.P.O of Police, who led the Administrator, Hon Joseph Omuya Salami, accompanied with some of his political appointees, the Media team and the APC Campaign chairman in Adavi LGA, Hon. Osundo to the crime scene, said the suspect beheaded the victim, severed the hand, leg as well as the head and buried the decapitated body some where closed to his church.

“When the Administrator and the D.P.O as well as his entourage got to the scene at Ozuri community, Hundreds of residents of the area trooped out to catch a glance of the incident .

The Administrator of Adavi LG, Hon Joseph Omuya Salami, described the act as the highest lever of wickedness, stressing that “man killing man” is an abomination, said ritual killing is in non biblical, unacceptable and should be totally condemned, and anyone that involved in such act must pay the price by law, he added.

He further lauded the effort of the D.P.O and the security agencies of the state ,for the efforts they have put to apprehend the suspects.”