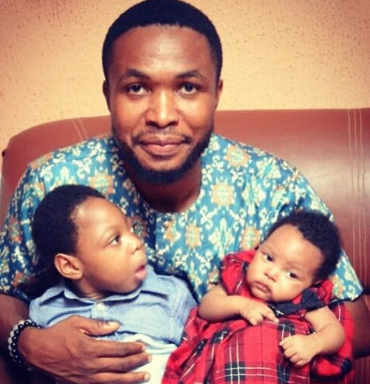 Singer, Jodie’s husband, David Nnaji, has welcomed a baby girl with another woman. David, a Nollywood actor and producer, welcomed the little girl some months back. He shared a photo of his baby girl on IG and has named her Adaeze Munachison Nnaji. He has even created an IG page for her.

The marriage between David and Jodie went south after the birth of their son, Chinua. In a recent interview with Punch, David confirmed the birth of his daughter.

”I already confirmed on Instagram that I just had a baby girl. I don’t want to talk much about the identity of the mother because it is my personal life and I don’t want to make it public. I haven’t gotten married to another woman and if I will be doing that, I will rather keep it private. If you study my lifestyle, you will see that I don’t put my life out there. I don’t comment on things people say. My marriage to Jodie is still intact but she is not the one I just had a baby with. I did not take permission from anyone to get married and I don’t need to explain anything to anybody. I don’t even bother to dissuade any rumour because I am not interested.” he was quoted as saying.

David has however refuted this interview. See what he posted on his IG page some hours ago below 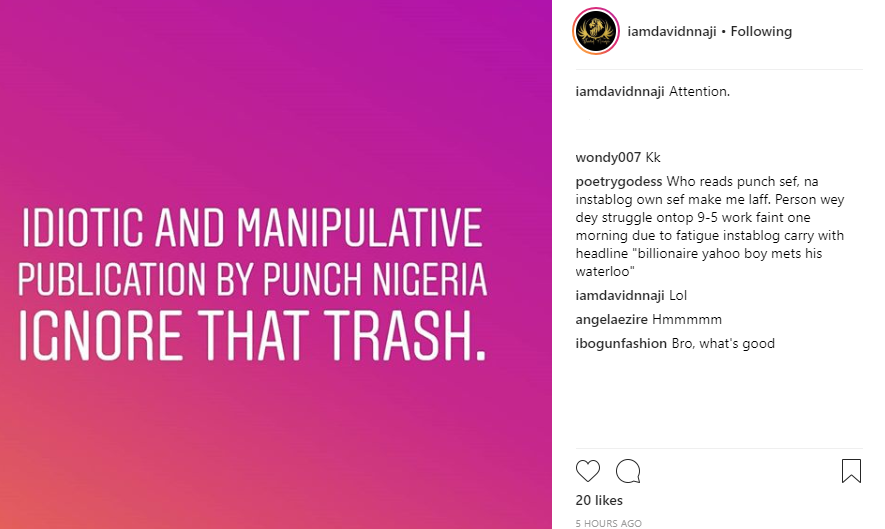