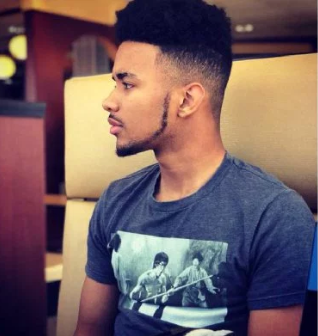 A guy is worried he may no longer have a job after he accidentally sent a text to his boss telling her she doesn’t have a d*** appointment.

Cory, from Joliet, US, received a text from an unknown number which read: “I’m making you come at 12 on Friday”.

He texted back: “First off you’re not making me do sh*t second off I don’t remember scheduling any dick appointments”.

Seconds later, he received a reply explaining it was his boss, Maribel, texting him with a new number. 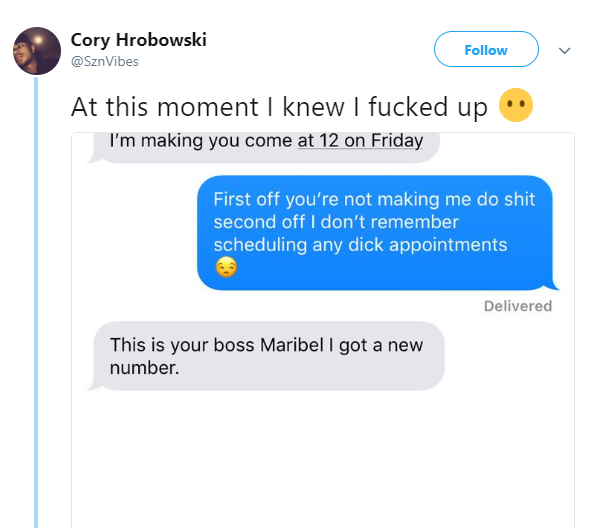 Cory decided to tweet a screenshot of the conversation, which has gone viral. He also went on to post updates of the situation.

In one update, Cory explained that he didn’t respond, and his boss texted him to say: “I’ll be giving you a call tomorrow to discuss the terms of your employment with us”. 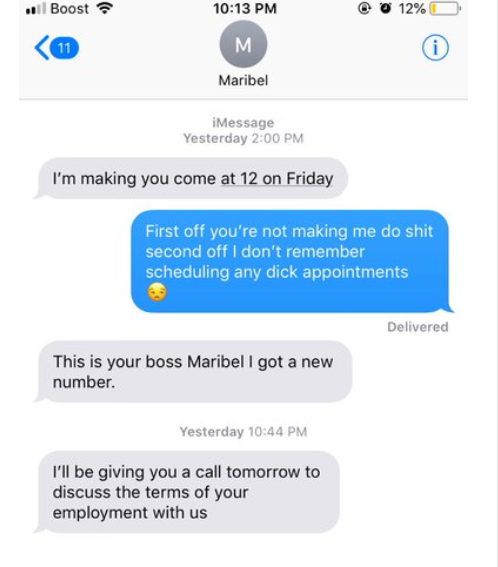 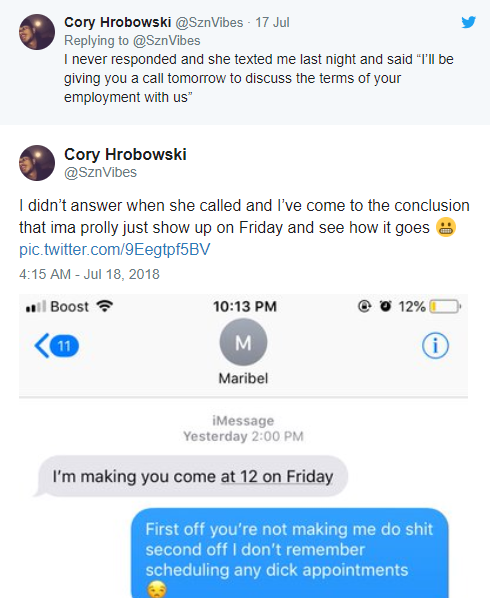