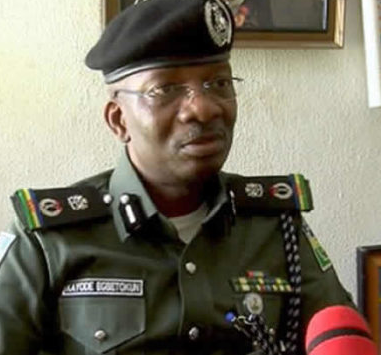 The Inspector General of Police, Ibrahim Idris, has directed Kayode Egbetokun, pictured above, to take over from Imohimi Edgal as the Acting Commissioner of Police in Lagos state.

Egbetokun was former Chief Security Officer to ex-Lagos State Governor and National Leader of the All Progressives Congress, Bola Tinubu.

Egbetokun was a Deputy Superintendent of Police in 1999 when he was appointed the CSO to then Governor of Lagos State, Bola Ahmed Tinubu; and in that capacity coordinated the security of the entire state while reporting to the governor.

Egbetokun graduated from the University of Lagos, Akoka, Yaba, Lagos, with Bachelor of Science degree in Mathematics in June 1987; and lectured Mathematics briefly at Yaba College of Technology, Lagos, before his enlistment into the Police Force.

His other academic qualifications include MSC Engineering Analysis, also from the University of Lagos, Akoka, 1996; Post-Graduate Diploma in Petroleum Economics from Delta State University, Abraka, 2000; and an MBA from Lagos State University, Ojo, 2004.