A woman who was injured when Prince Philip, 97, crashed into the car she was in has said she wants the royal to be ‘prosecuted or give up his licence’.

Emma Fairweather, 46, broke her wrist in the accident which occurred on Thursday, January 17, near Sandringham Estate. Another woman and a 10-month-old baby were also involved in the accident.

Ms Fairweather said she had not yet received an apology from the Duke of Edinburgh, even though it would ‘mean the world’ to her. 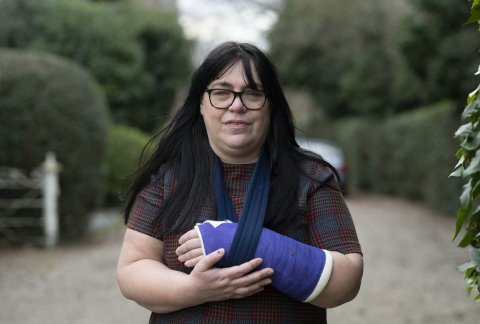 She told the Sunday Mirror that Buckingham Palace had not reached out to her, despite officials saying that contact had been made and ‘well wishes exchanged.’

The mother-of-two said: ‘I’m lucky to be alive and he hasn’t even said sorry. It has been such a traumatic and painful time and I would have expected more of the Royal Family.

She added that she was unhappy with how the incident has been dealt with by police and Buckingham Palace.

Emma said her friend suffered cuts to her knee. The baby boy was unhurt in the accident. 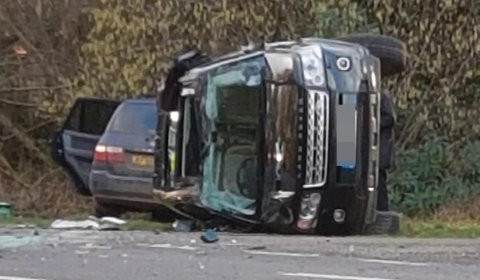 Prince Philip was spotted driving himself again just two days after the accident.

Ms Fairweather said of the Duke: ‘I think he should be treated the same as anyone else. How could you say no to prosecuting him if he’s broken the law?’

Drivers who are found guilty of careless driving can face imprisonment or have their licence revoked.

Ms Fairweather continued: ‘I still haven’t had any contact from the Royal household. Maybe he should prioritise that over test driving his new car. It would mean the world to me if Prince Philip said sorry but I have no idea if he’s sorry at all.’