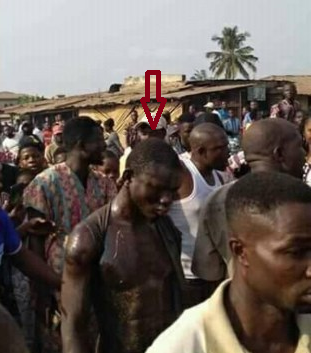 A prophet of one of the branches of the Cherubim and Seraphim church was lynched after he was allegedly caught eating bread and feaces, supposedly for money ritual purposes.

The Prophet who is said to be the head cleric at Cherubim and Seraphim Church at Apata Isegun located on Mathew street, Ado Ekiti, Ekiti State, was beaten to death earlier today at Odo Ado in the state capital.

Before being lynched, he was stripped and paraded along the streets then led to the front of his church were he was killed. 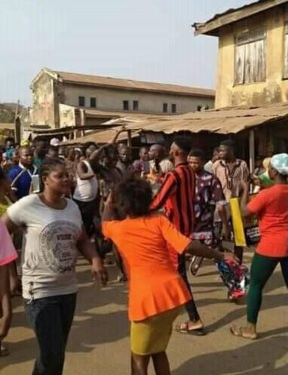