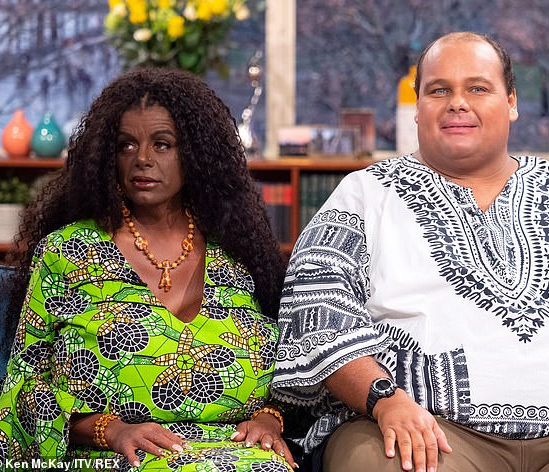 A white glamour model and her white partner who had tanning injections to make their skin darker have claimed doctors told them their future children will be born black.

Newly married couple Martina Big, 30, and Michael Eurwen, 31, both say they identify as black and they’ve had tanning injections, using Melanotan, a synthetic hormone, to darken the skin.

They appeared on This Morning to talk about their plans for the future and starting a family.

During the show, Holly questioned them about having children, saying:

Doctors have told you that you baby will be be black?

And Martina, who used to be a Caucasian with peroxide blonde hair from Germany, replied:

Yep, they said they will be black. We have also discussed about breast feeding and if it is safe for me to have a baby. 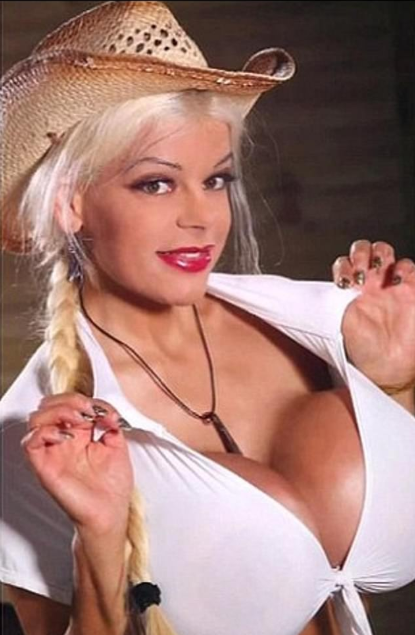 Martina mentioned breastfeeding due to all the surgeries she’s had to enlarge her breasts. She made headlines previously when she had plastic surgery that increased her breast to 32S. She claimed the surgery will not stop her from breastfeeding, according to her doctors. 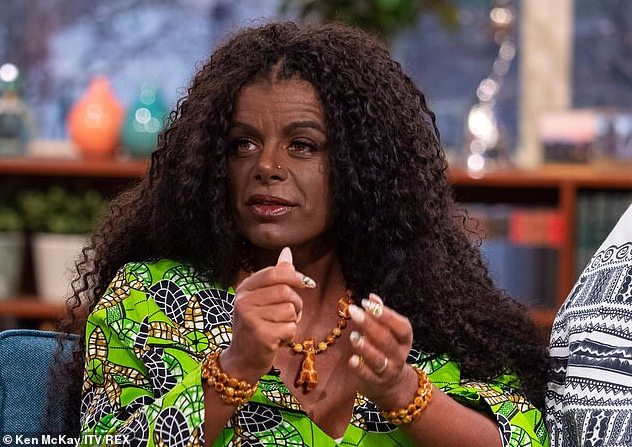 Holly was completely baffled by Martina’s claim that her baby will be black so she questioned her further saying:

If that baby is not black, because I’m trying to understand how genetically this would be possible, will you still be close to them if you give birth to a white baby?

Of course- it will be a mix of me and Micheal. But I’m pretty sure it will be black, but if it is milk chocolate or a little bit lighter it doesn’t matter.

But viewers took to Twitter to redicule the couple and their idea that their baby will be black. They pointed out that it’s impossible due to their DNA.

On the show, the couple who married last October in Hawaii, said they identified as black.

I can clearly feel that I am black – but its hard to find the right words to describe it.

Martina went as far as flying to Kenya in March last year to be baptised as a real African woman and she shared the news of her rebirth to Facebook.

She wrote at the time:

One of my Kenyan friends told her pastor about my transformation to a black woman and told him how much I wanted to become a true African woman.

In his sermon the pastor said: ‘You have to be born again and now you are a new creature.’ I’m so happy and proud to be a real African woman :)’

For her appearance on This Morning, Martina and her husband both wore clothes made from African prints. Martina took it further by wearing a necklace and bangles made with African beads.