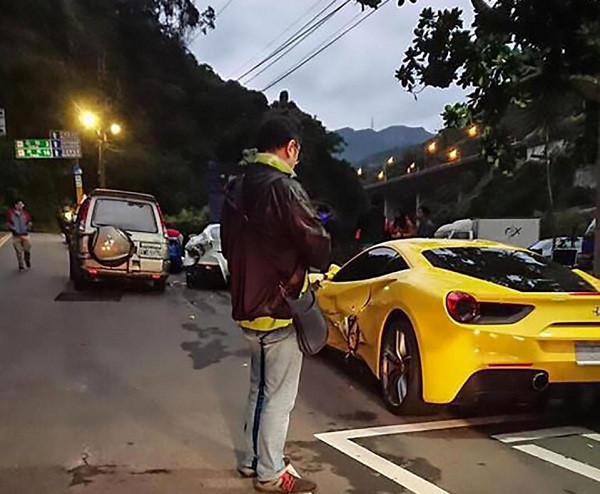 A young motorist has landed himself into big trouble after crashing into four parked Ferraris while working as a delivery driver in the New Taipei City in Northern Taiwan.

According to The Sun Uk, the 20-year-old identified only as Lin allegedly fell asleep at the wheel while delivering joss paper for his single mum’s business, causing over £500,000 worth of damage. 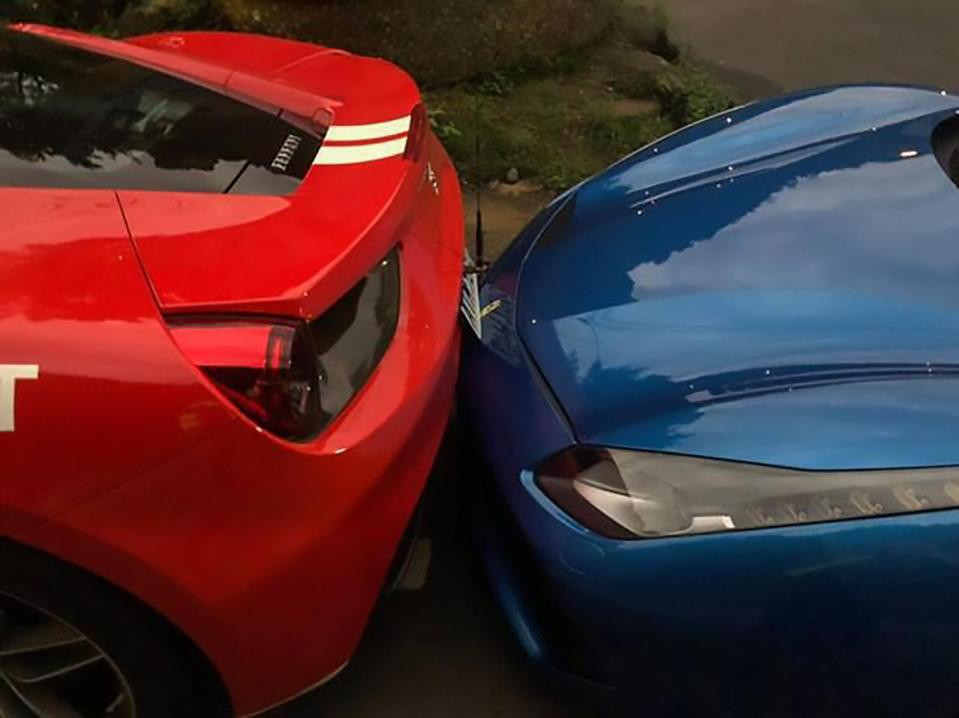 He claimed he was too tired to be behind the wheel when he crashed into three Ferrari 488s and a Ferrari F12 worth a combined £1.3milllion.

Lin who is from a poor background had promised to pay what he could, and vowing to “take responsibility” for his actions with the estimated repair bill fixed at £520,000. 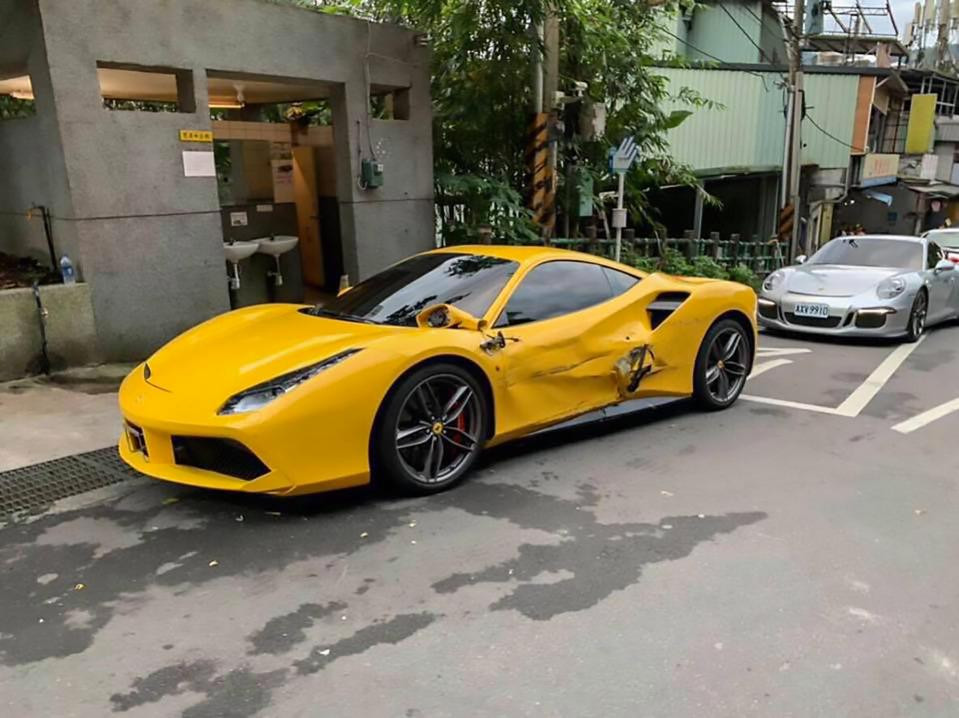 It was also revealed by the publication that the New Taipei’s Department of Social Welfare have already gathered some 830 donations, totaling £135,000, to assist with covering the cost of the damage. 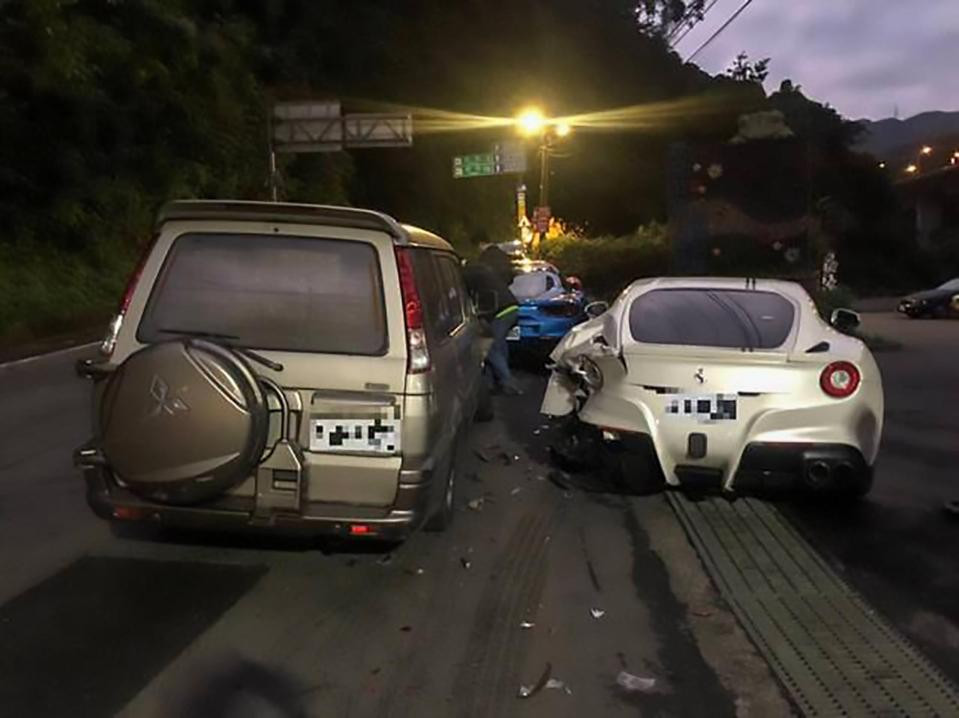 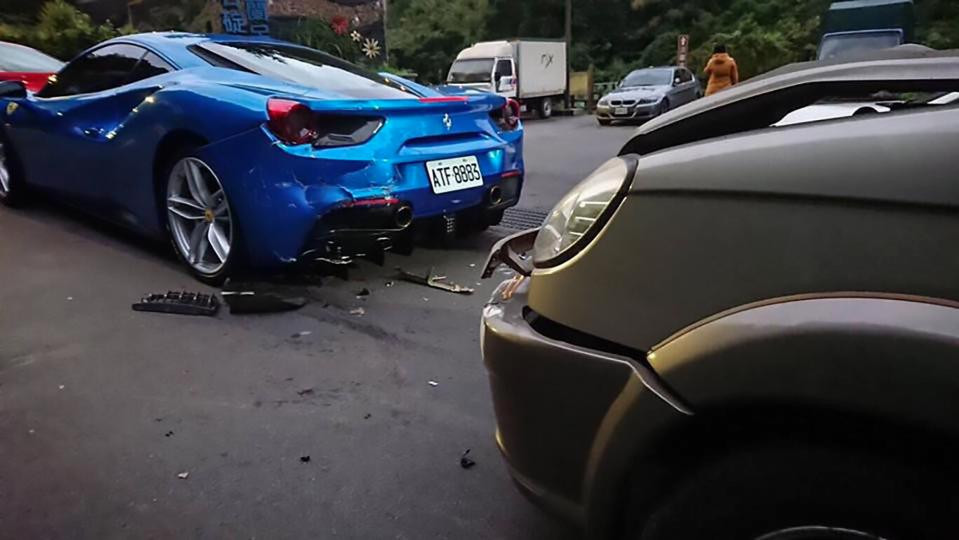