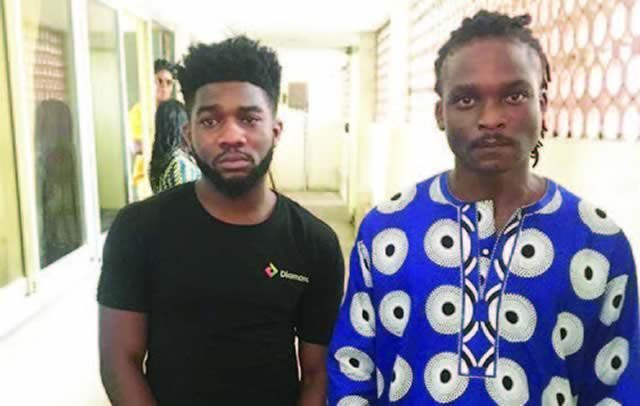 Operatives of the Lagos state police command have arrested the son of the owner of the Dallankester Hotels, Don-Chime George, and his friend, Rasaq Oke, for allegedly drugging and raping a 23-year-old lady in the Lekki Phase 1 area of the state.

In a statement on Tuesday, the state Police Public Relations Officer, CSP Chike Oti, said that the accused allegedly laced the victim’s drink with a substance that made her weak and thereafter took her to the hotel where she was repeatedly raped.

According to Oti, the elder brother of the victim took up the case and informed the police about the incident. Operatives led by the Divisional Police Officer, Maroko Division, CSP Isah Abdulmajid, swung into action, arrested the suspects and recovered a video recording of the duo sexually abusing the unconscious victim from their phones.

Oti said, “The gender section of the Lagos State Police Command is investigating a case of rape reported against one Razaq Oluwaseun Oke, 28, and Don-Chima George, 25, of the Dallankester Hotels, Lekki, Phase 1, Lagos State.

“The duo allegedly took a girl, 23, to a club on Saturday, February 2, 2019, unknown to her that they had an ulterior motive. While at the club, they laced the young woman’s drink with a substance that made her weak and almost unconscious. Satisfied that the drug was beginning to affect the victim, they quietly left the club with her to the Dallankester Hotels in Lekki Phase 1, which is owned by the father of Don-Chima George.

“At the hotel, they took turns to rape her. As if that wasn’t enough, they made a video recording of the abuse.

“When the victim woke up from the induced sleep, she confronted the suspects, who denied having carnal knowledge of her. Not satisfied, she put a call through to her elder brother to complain that she had been violated. The brother immediately invited policemen from the Maroko Division led by the Divisional Police Officer, CSP Isah Abdulmajid, to the scene.

“Upon searching the suspects, the DPO recovered their phones and went through their video recordings, where he saw a video of the suspects sexually abusing the apparently unconscious victim.”