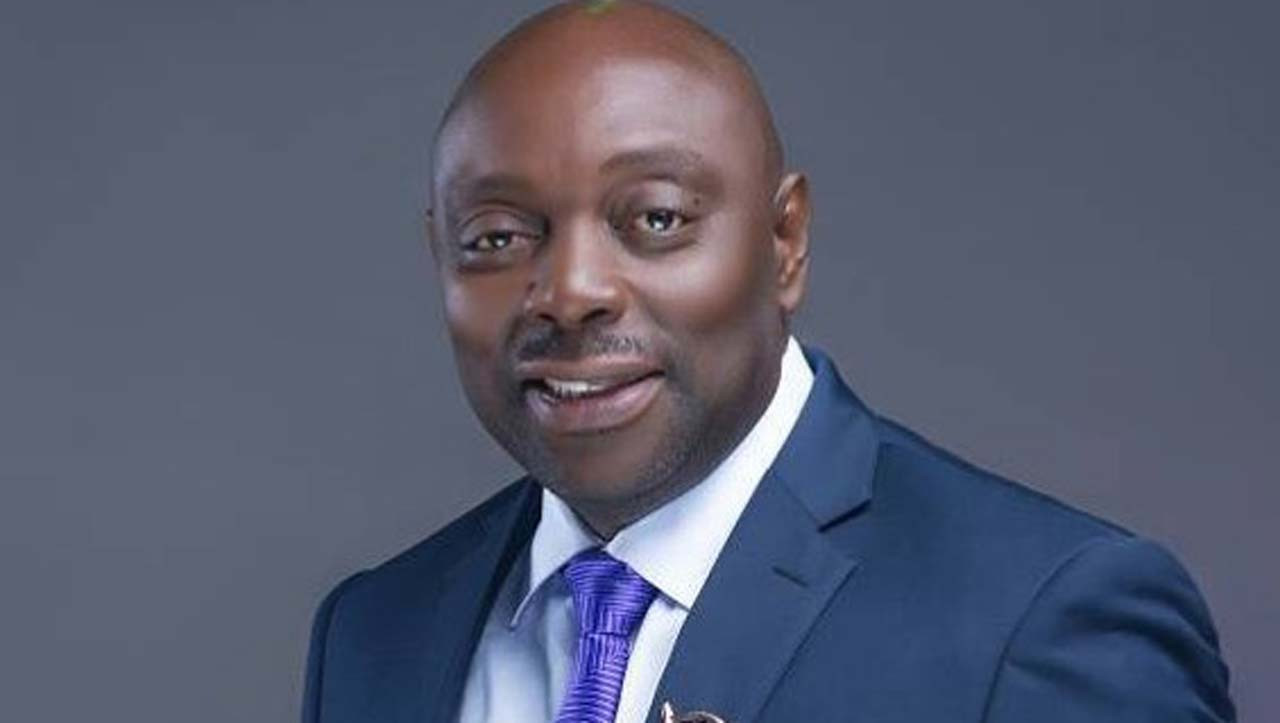 Just as he promised, the national president, Actors Guild of Nigeria (AGN) Mr. Ejezie Emeka Rollas has begun to make good his promise of judiciously using the N5m donated by the senate president, Dr. Bukola Saraki to the Actors Guild Foundation (AGF) for ailing actors.
Some of the beneficiaries that have been given temporary relief are excited and thankful to the senate president for the gesture. Some of them include veteran actress, Mrs.Patience Oseni; Mr.Tunde Alabi; Mr.Stanley Okoronkwo; Mr. Haruna Mohammed and Mrs. Obiageli Molobe.
Oseni who spoke through her daughter, Dr, Mrs Augusta Akomolafe has this to say: I am very garetful. I commend all the actors for their contributions towards my mother’s health. At the moment she cannot walk but we are hopeful that she would be fine. She had a stroke and as a result, I had to drop out of my priofession to help her.
I thank Emeka Rollas for this kindness, may God continue to bless them.”
Tunde Alabi
“I really appreaciate Emeka Rollas and his group; they are not basing their gesture on tribal sentiments. It is across board and I thank him for that. Chief Chika Okpala (Zebrudaya) came all the way from Enugu to visit me and gave me cash gift. But what the generalty sent did not get to me because of a member’s death in Lagos. I am yet to hear from them. My sickness is not natural. I was attacked spiritually by a fellow artist, an old man at the NCCAC because of a soap opera, ‘Palace,’ which is back on air. In all I thank God.” 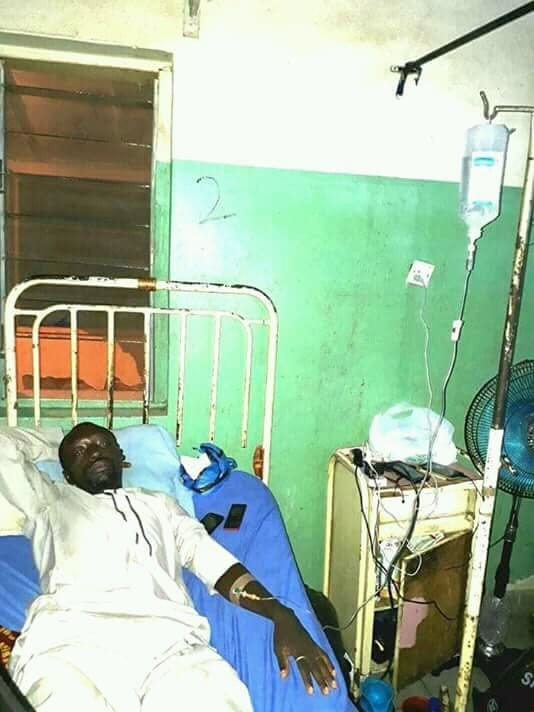 Mr. Haruna Mohammed Umar
“It was tremendous. I have been trying to reach Emeka Rollas but network has not helped matters. They have really tried and I am grateful. I am waiting for the doctor’s response. They say I should return on Tuesday for check up. 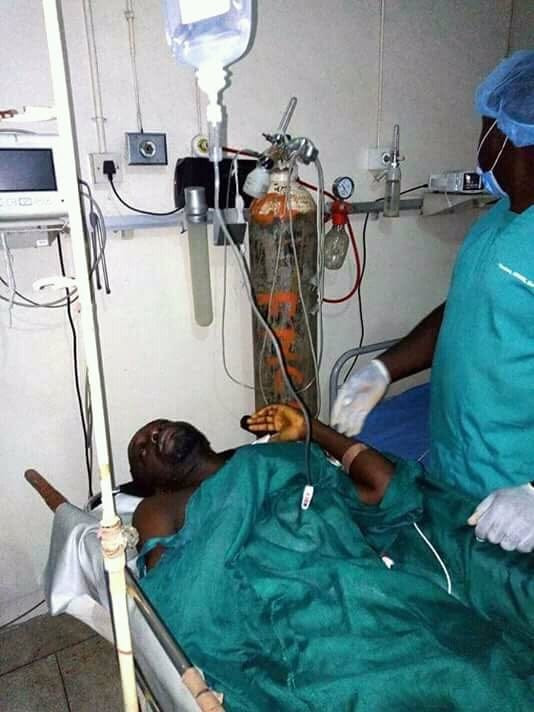 My problem began when somebody mistakenly gave me caustic soda instead of water to drink and as I try to vomit it out, another person gave me water, the reaction became so bad that I had to be operated on. I can hardly drink water and eat but I am optimistic that when I see the doctor on Tuesday, I will get better. I remain grateful to the actors guild.” 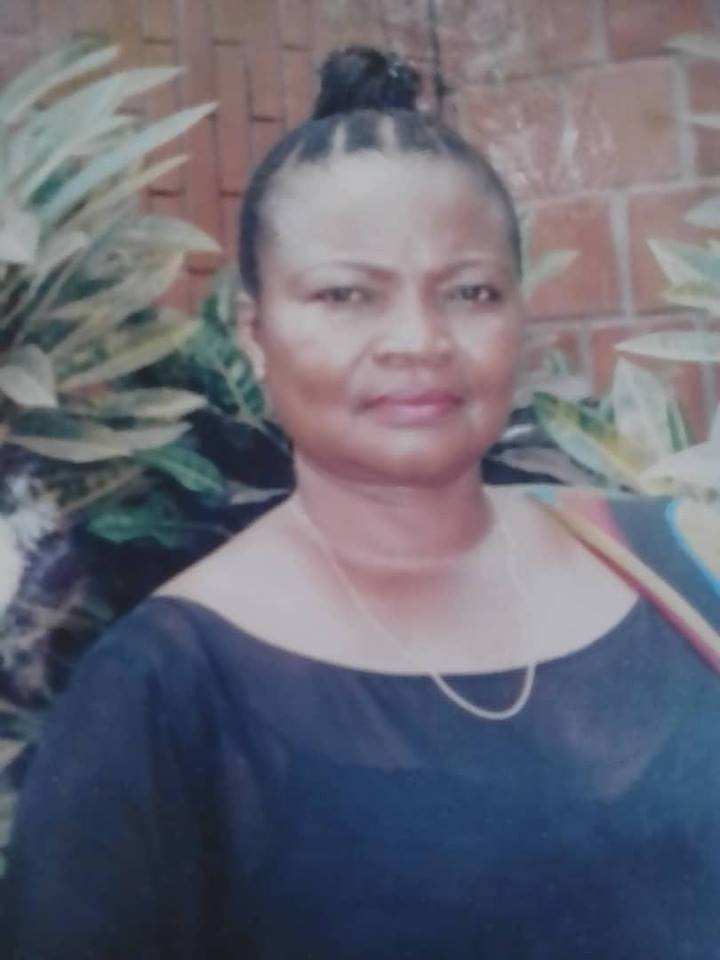 Mrs.Obiageli Molobe
“I am very grateful I give God the glory. In 2016, I was struck with stroke. I stayed three months in hospital in Lagos. I was admitted on September 14th and discharged in the first week of December. I had to stay with my son in Agege. On December 29, I travelled to the east. I had to learn how to walk like a baby again. It was not easy. 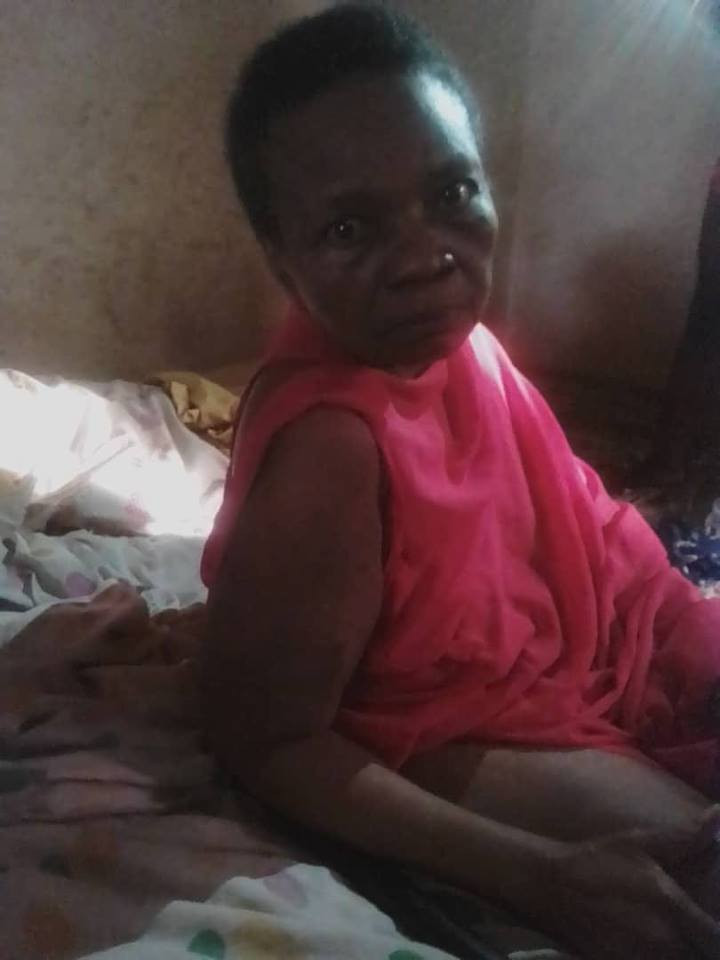 In May 2018 I returned to Lagos and on December 2nd, I gave a thanksgiving. Though, now I can walk but it seems I am carryin g a big load but I cannot still cross the road. I thank Emeka for this kind gesture and I pray God to continue to bless him and his team.”
While thanking the senate president for his kindness, Chairman of the foundation, Mr. Segun Arinze said: “ The whole essence of the foundation is caring for one another. It will not only be beneficial to the older generations but also for the present ones. Because of their incapacitation, they are unable to work and since they cannot work, they cannot pay dues that would help them when the need arise. This is a better initiative than going cap in hand begging for assistance whenever they fall ill. This gesture by the senate president will go a long way in helping a lot of them that are incapacitated. I thank the senate president again and I encourage other good spirited Nigerians to follow in His Excellency’s footsteps. It is a great kindness to the Nollywood family and we appreciate it.”
While also appealing to other good spitrited Nigerians, corporate bodies and well wishers to support the foundation, National President of the guild, Mr. Ejezie Emeka Rollas has assured
that the gesture would go round and the actors who have been bringing happiness serenading television screens would be up and about doing what they know how to do best.