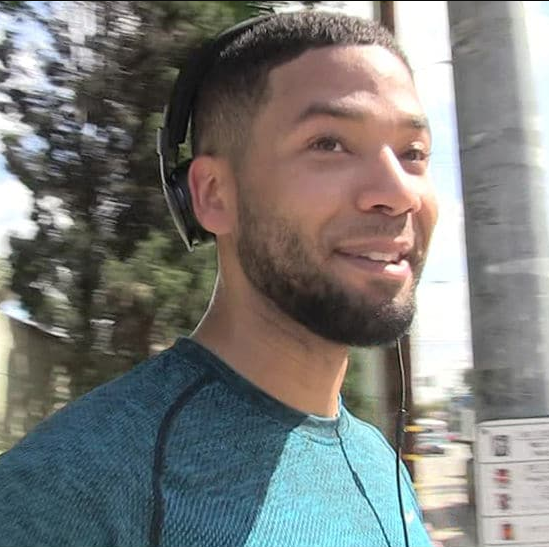 Jussie Smollett is back to Chicago and is already working again one week after he suffered a homophobic attack in Chicago.

The ‘Empire’ star, was attacked by two men who proceeded to punch him, pour an unknown chemical substance over him and put a rope around his neck. He was hospitalized following the attack but he’s back on his feet now and already hard at work.

Jussie Smollett flew back into Chicago on Sunday after his weekend show in Los Angeles, TMZ reports. He shot scenes for one of the final episodes of the season of Empire on Monday and did a table read with the cast on Tuesday.

Security was present the entire time he was working.

It was also revealed that cops want to speak with Jussie while he’s in town as part of their ongoing investigation.

Jussie made his first public appearance at a concert at the Troubadour in Los Angeles on Saturday. While on stage, he said:

I had to be here tonight… It sounds powerful… I couldn’t let those motherfuckers win.

So, I’ll always stand for love. I’ll never stand for anything other than that.

Regardless of what anyone else says, I will always stand for love. And I hope that you all stand with me.

Watch the video of his first performance since the incident below.