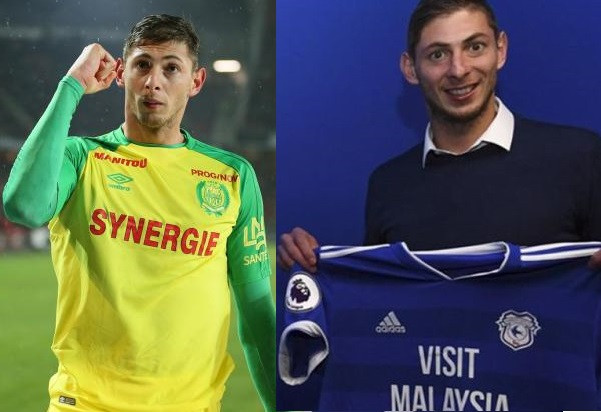 The Argentine striker who was Premier League club Cardiff’s record signing after he was sold by the French club, went missing after the Piper Malibu N264DB that was carrying him with pilot David Ibbotson on board from Nantes, France, to Cardiff crashed into the English Channel on 21 January.

According to BBC Wales, Cardiff withheld the first scheduled payment until they are satisfied with the documentation.

It is now claimed that Nantes are threatening legal action if they do not receive a payment within 10 days.

A source at Cardiff says they will honour the contract, but not until they have clarified “all the facts.”

BBC Wales has learned the transfer fee is due to be paid in installments over three years with his former club Bourdeaux also entitled to a cut of the fee, thought to be 50 percent after Sala was on their books from 2012-2015 before joining Nantes.

Cardiff are said to be “surprised” Nantes have made the demand while attempts are being made to recover a body from the plane wreck that was carrying Sala and pilot Ibbotson.

This comes just days after wreckage from the plane carrying Cardiff City footballer was discovered in the English Channel with a body which is yet recovered.