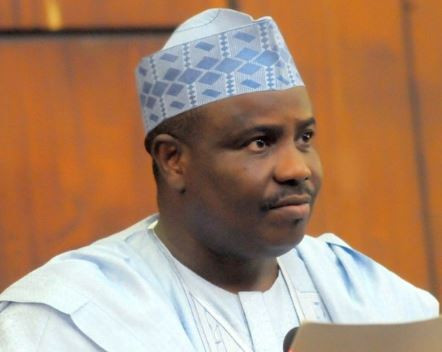 On Tuesday, Governor Aminu Tambuwal of Sokoto State sacked the Commissioner for Information, Bello Muhammad-Goronyo, following his defection to the All Progressives Congress (APC).

Tambuwal’s Director-General, Media and Public Relations, Malam Abubakar Shekara, disclosed this in a statement in Sokoto.

“Gov. Aminu Tambuwal has relieved Barrister Bello Goronyo of his appointment as Commissioner for Information with immediate effect. The Permanent Secretary has been directed to take over the affairs of the Ministry immediately,” Shekara said.

He explained that the decision to relieve the official of his post was sequel to the alleged sabotaging of the state government’s efforts on its laudable programmes and activities.

Goronyo had on Tuesday evening decamped from the ruling Peoples Democratic Party (PDP) to the All Progressives Congress (APC). The former Commissioner, who was also the Chairman, Publicity and Media Committee of PDP Governorship Campaign Council in Sokoto State, announced his defection at APC campaign rally in Wamakko.