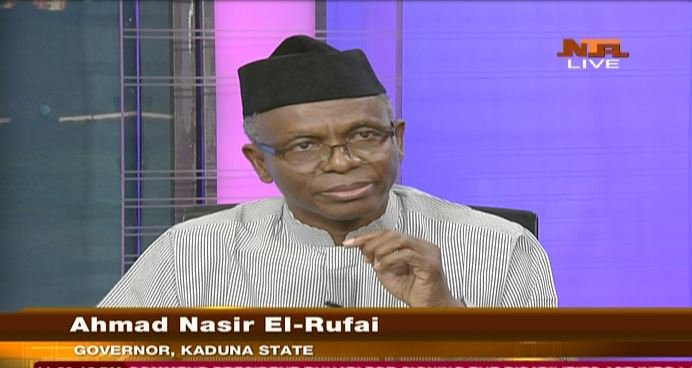 Kaduna state governor, Nasir El-Rufai was a guest on NTA on Tuesday February 5th where he talked about the recent statements made by foreign representatives, UK, US and EU on the suspension of the Chief Justice of Nigeria, Justice Walter Onnoghen.

The foreign representatives had in different statements released on January 26th, said the suspension of Onnoghen few weeks to the general election, will cast doubts on the credibility of the elections.

The Federal government and the ruling party had in seperate statements asked the foreign representatives to stop interfering in Nigeria’s politics.

Watch video of him speaking below