Social media bullies just do not know when to stop harrasing people online and this time, one troll picked on a lady identified as Mui Thomas who suffers from a genetic skin condition.

A while ago,  Mui had shared photos of herself as a baby and adult on Instagram. Someone commented on the post saying that her parents should have aborted her.

‘Should have aborted that thing Jesus Christ’ the user wrote.

Thomas then shared a screenshot of the comment on her page and wrote “It’s nice of some to think I,  along with others with Ichthyosis should have been aborted” 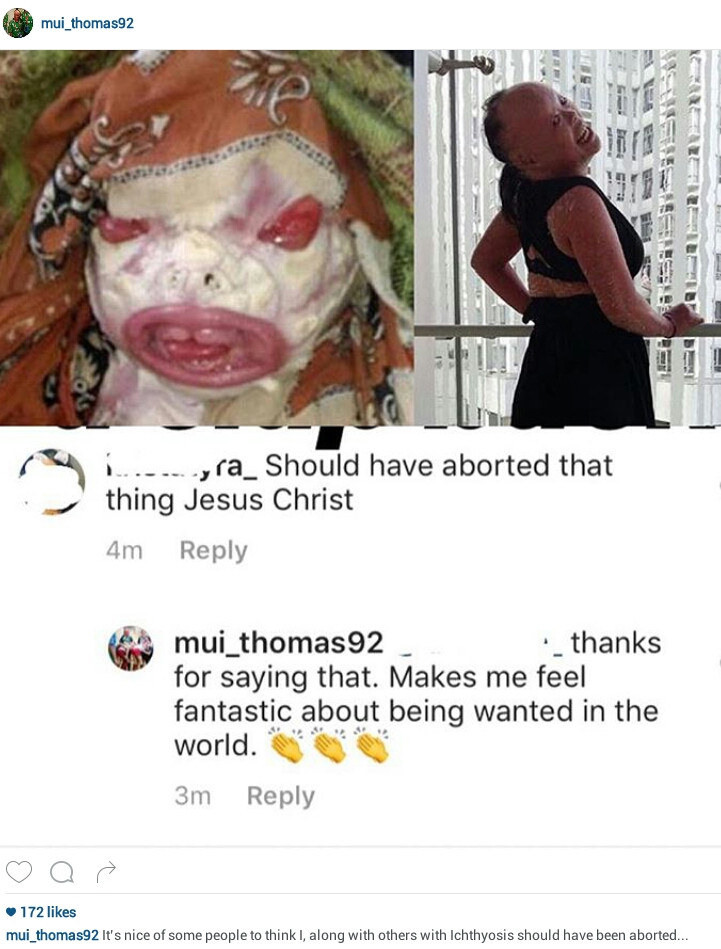 Mui Thomas is one of the oldest people in the world with harlequin ichthyosis and the only sufferer in Hong Kong. British woman Nusrit Shaheen is believed to have survived it the longest, at 31 years old. Until recently, Mui and her parents thought she was the only one in Asia; they have now heard of other sufferers in Southeast Asia.

The name of the disorder itself, “ichthyosis” – which comes from the Greek word for “fish” – refers to the “scales” that cover sufferers’ bodies. 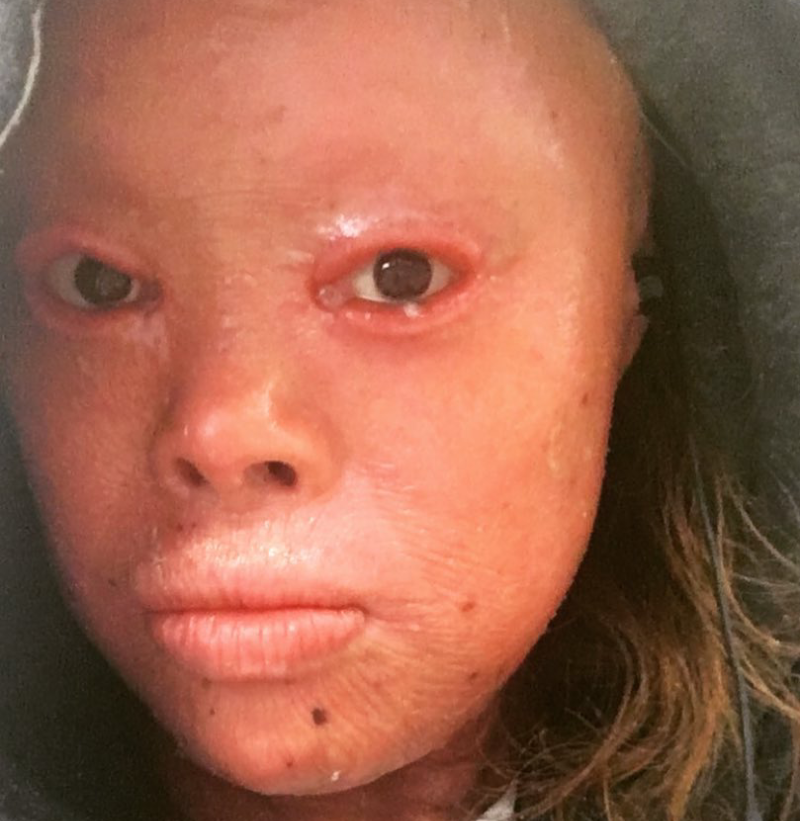 Babies born with the disorder often die in their early childhood without proper treatment. Fortunately, with medical advances – such as topical creams to keep the skin moisturised, and oral retinoids to slow down the growth of her skin cells – chances of survival have improved dramatically, and no one knows how long those with the ailment may live, or even if their lifespans are limited at all compared to the general population.