On Saturday, supporters of the All Progressives Congress (APC) and Peoples Democratic Party (PDP) engaged in a violent clash that left many injured and several vehicles burnt at the Building Materials Market in Deidei, a suburb of the Federal Capital Territory.

According to reports, trouble started when the convoy of the Minister of FCT Minister of Federal Capital Territory (FCT), Mallam Mohammed Musa Bello, ran into a PDP campaign event at Dei Dei market, on the way to the palace of the Sarkin Jiwa in Jiwa District.

Supporters of the PDP were chanting Atiku/Obi and displaying posters of the duo and other candidates of the party. This was said to have angered APC supporters, as they insisted that the PDP members must pave way for the convoy of the minister.

However, moments afterwards, an argument ensued and the sitiation degenerated into fracas, as the PDP supporters descended on the vehicles in the convoy of the minister and that of passers-by. Several vehicles were burnt beyond recognition, and others were baldly damaged.  It took the timely intervention of the Police, who arrived the scene and fired several gunshots into the air to disperse the angry mob.

No casualty was recorded in both the convoy of the minister and PDP supporters .  The PDP had earlier accused the FCT authority of denying them use of the old parade ground for their campaign, which forced the party to cancel the event. 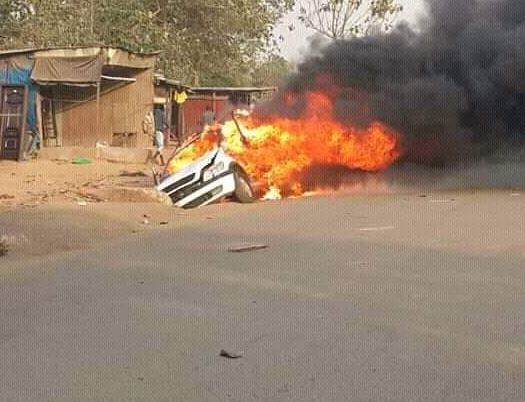 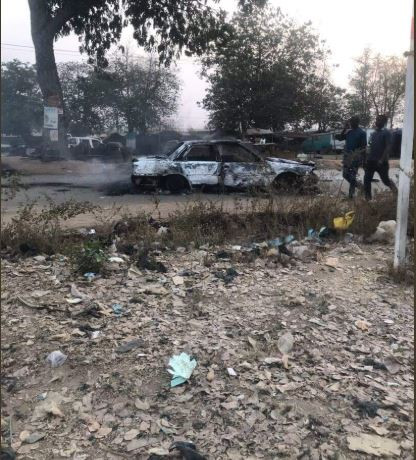 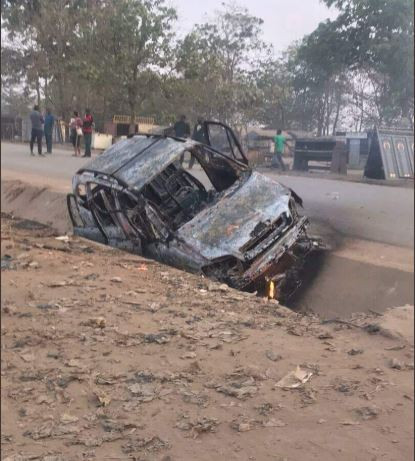