Nicki Minaj has pulled her BET Experience performance after BET shaded her while praising Cardi B on her Grammy Awards win.

In a now-deleted tweet, BET retweeted an article saying Cardi B is the first solo female rapper to win best rap album.

Meanwhile, Nicki Minaj is being dragged by her lacefront. 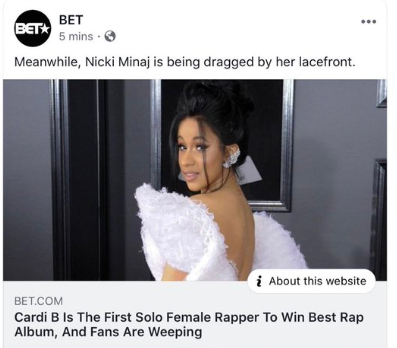 BET was called out for the tweet and they took it down. But Nicki later took to Twitter to write:

Young Money will no longer be apart of the BET Experience or award show. ♥???♥? Summer Tour dates dropping soon ?

When a follower asked if they should ask for a refund for the BET ticket they already bought, Nicki said:

Absolutely. Get your refund ASAP

Nicki also went ahead to retweet posts by Twitter users calling out BET for disrespecting Nicki.

Meanwhile, BET is being dragged by their lace front. ? 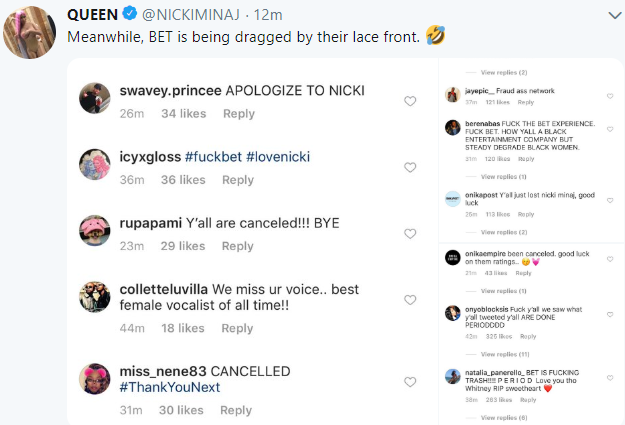 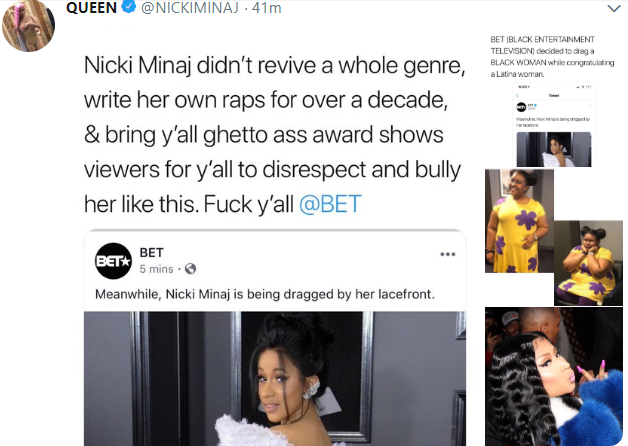 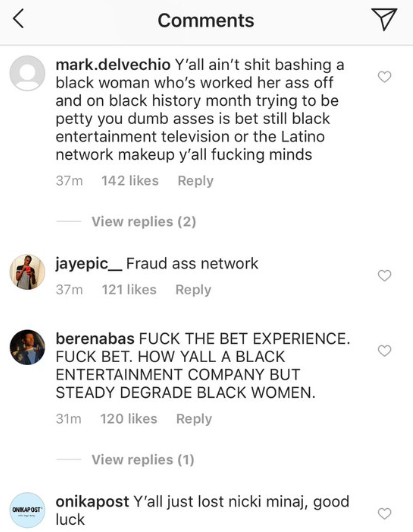 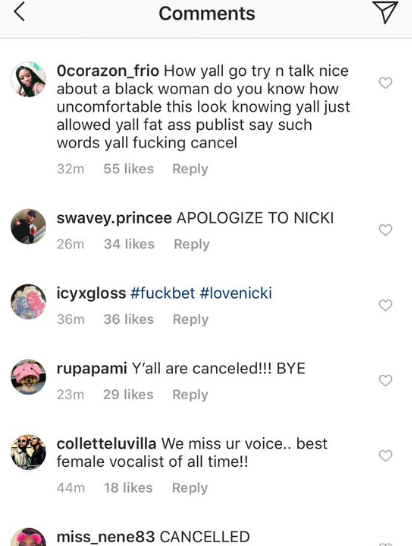 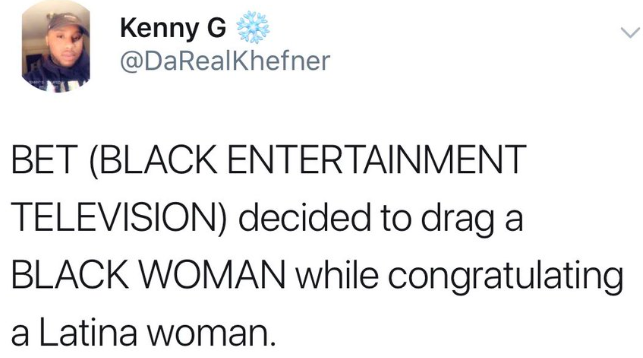 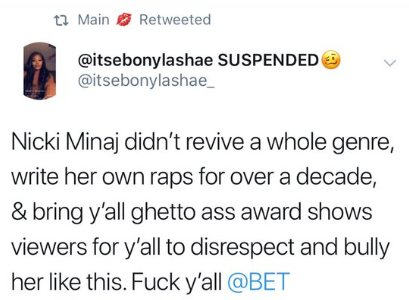