At the 61st Grammy Awards which held at Staples Centre in Los Angeles on Sunday, February 10, 2019, Ibra Ake won the ‘Best Music Video’ producer award for producing Childish Gambino’s ‘This Is America’.

Ibra Ake is a Nigerian-American visaul artist, creative director, and writer based in Los Angeles, California. He shuttles between cities around the world, including from Lagos to New York.

i can’t believe i just won a grammy.

“where is the catch?!” royalty forever. 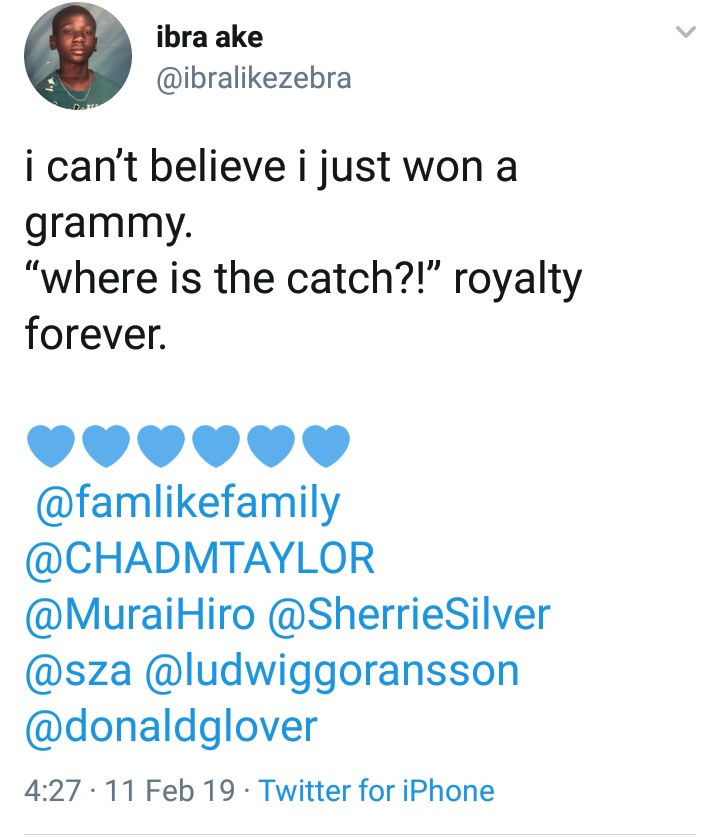