42 year old sport journalist, Bunmi Ashebu has passed on months after a public appeal to raise funds for her cancer treatment abroad.
Late Bunmi was diagnosed with stage 4 cholangiocarcinoma. A very rare form of bile duct cancer that had spread to her liver on the 23rd of May, 2018  and since then her life had not remained the same.

When she was initially diagnosed, she was taken to a German hospital for treatment but after 6 weeks, she began reacting to the chemotherapy and her organs were failing and on the 20th of August, 2018; she was told that she had one week to live.

She fought and lived on till she died yesterday.Feb. 12th. May her sould resy in peace. 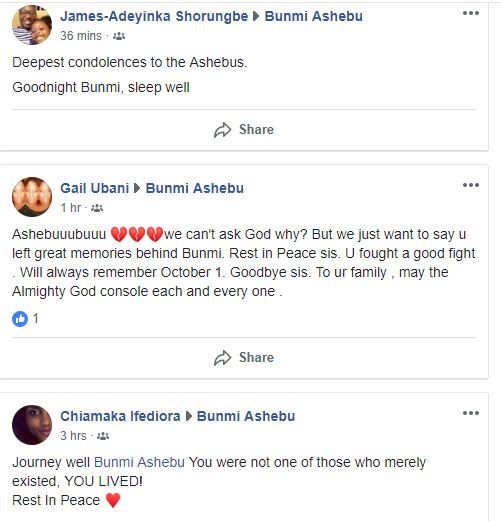 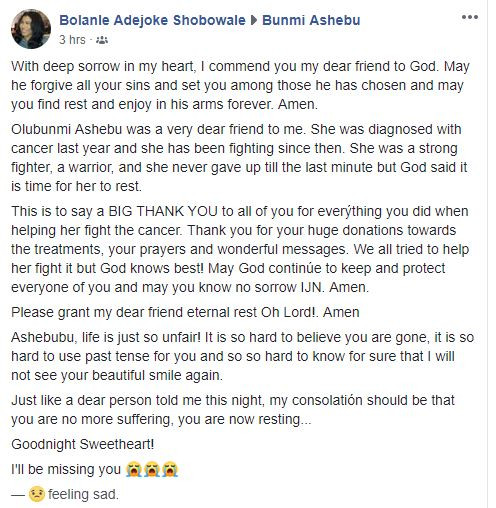