A Nigerian nanny has been found guilty of murdering an 8-month-old baby by force-feeding her half a pint of milk in less than 30 seconds.

Oluremi Adeleye, 73, was trusted with the care of 8-month-old Enita Salubi in Maryland. But the nanny was captured on a nanny cam taking the teat off a bottle as she forced the child to guzzle down baby formula in October 2016.

Prosecutors say the carer performed the sickening punishment after the baby’s crying woke her from a nap, according to the Washington Post.

In footage from the nanny cam, Enita could be seen struggling as Adeleye tipped the contents of a nearly full bottle into her mouth – drowning her with the milk. The toddler then collapsed but Adeleye picked her up and even tried to force her to drink another bottle of milk. 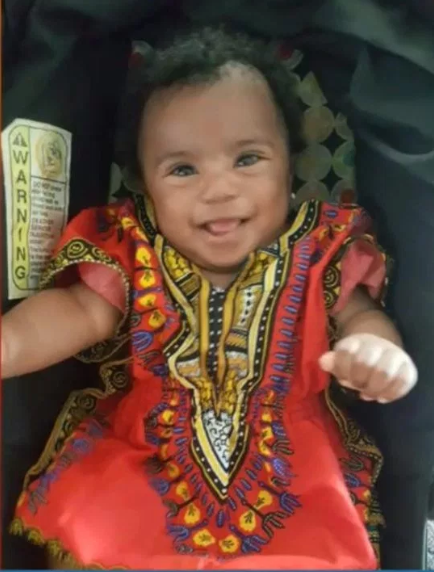 She was getting her to shut up by pouring down the milk.

In the harrowing footage, played in court, baby Enita could then be seen going limp as Adeleye tried to rouse her. Adeleye then called the toddler’s dad who called 911 as he raced home.

Paramedics said that milk was pouring out of the baby’s mouth and nose as they performed CPR.

When detectives arrived, the nanny lied to them about removing the teat from the bottle. She only changed her story when police told her there was a video of the incident.

Nigerian-born Adeleye, a mum of five and grandmother of 10, was convicted on Monday of child abuse and second-degree murder.

She said through an interpreter:

I did what I needed to do to make sure the baby had food in the stomach.

It’s not something I can forget.

Nikia Porter, the baby’s mum, described her child as their “beauty” and said she is sorely missed.

Adeleye will be sentenced on 3 May. She faces up to 70 years in prison.