A 14-year-old girl in Katsina allegedly escaped being raped by slashing her rapist’s penis with a razor blade.

In Katsina, a 14yr old girl was almost raped by a man. The only thing that stopped him was her taking a razor and slashing his penis. I Stan. On 14th April, he will be arraigned before the court. Beautiful. Masha Allah. 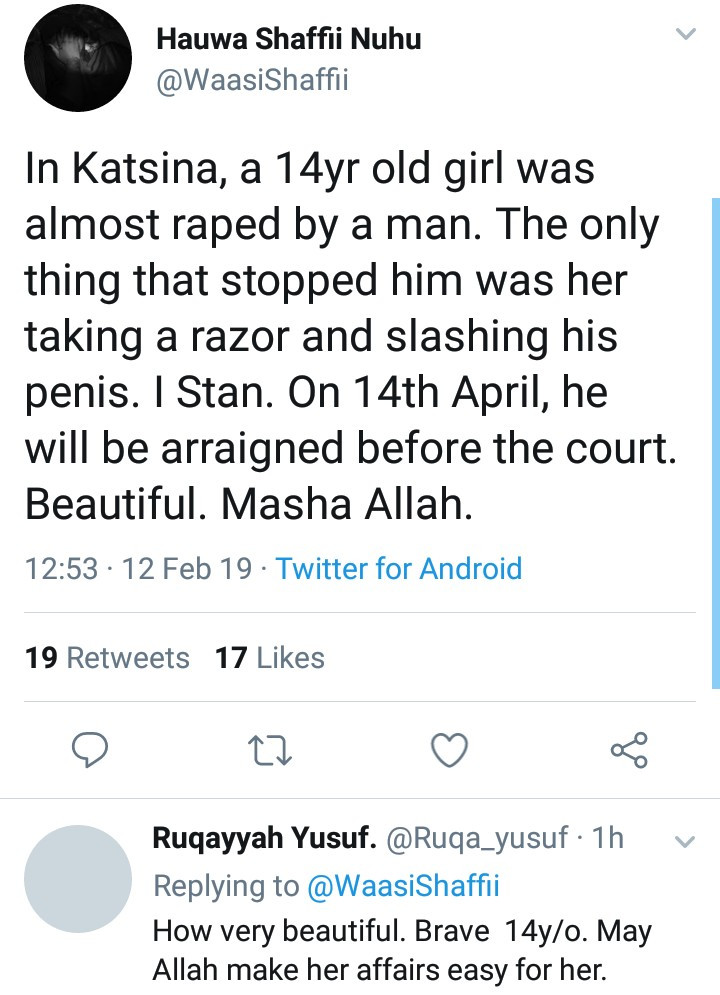 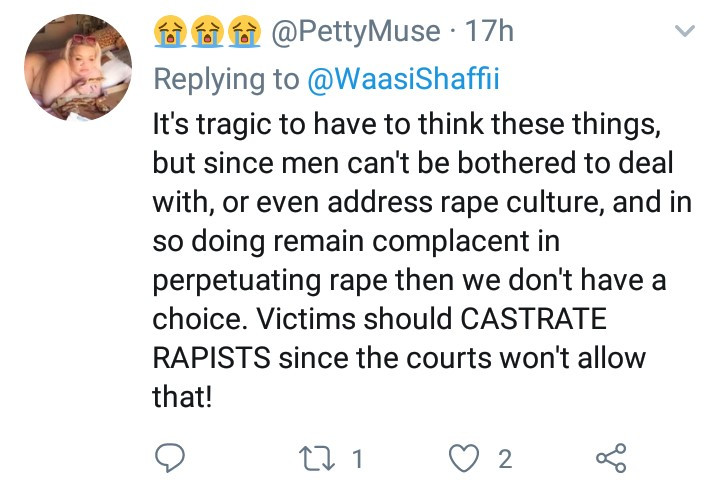