Rapper, 21 Savage has been pictured for the first time after his release from ICE Detention Center where he was held for 10 days after authorities found out he is a UK citizen who was unlawfully living in the U.S.

The 26-year-old hip pop star and his mother, Heather Joseph, were happily pictured together as they were about to board a private plane back to Atlanta, where he will be reunited with his family after his release on Wednesday morning.

21 Savage born She’yaa Bin Abraham-Joseph, was granted a $100,000 bond during a closed hearing in an Atlanta Immigration Court Tuesday. U.S.

“He is pleased with the outcome and his family is elated, of course, that he is returning home after days of stress and uncertainty,” said Tia Smith, one of his immigration attorneys.

21 Savage’s deportation case is still pending in Atlanta and may not be resolved for a couple of years, his attorneys said. 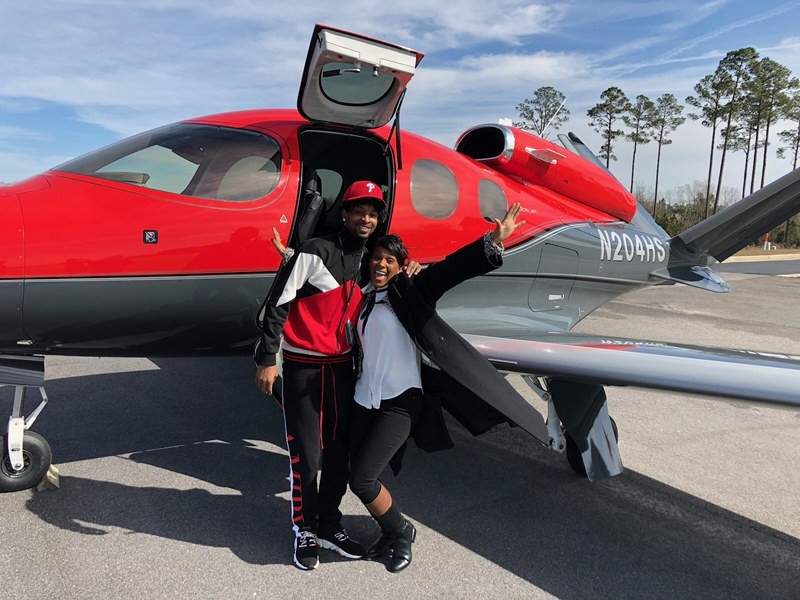